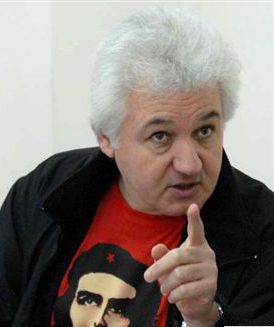 Born in 1962 in Alexandretta, Hatay Province in Turkey (in historical Cilicia).

In 1979-1980, when he was a student in the Fine Arts State Academy in Istanbul, he was arrested for political reasons. He fled Turkey in 1980 and lived in Switzerland, Germany and France, where he studied cinematography in Sorbonne University.

During the 1980s, he has repeatedly asked the Soviet authorities to grant him permission to live permanently in Armenia. Only in 1990, a year before the independence, he was allowed to visit Armenia, where he lives now with his wife and two children.

In 1992-1993 Hatspanian took part in the Karabakh liberation war.


Sarkis Hatspanian's booklet “The Diaspora as it is”, published in Yerevan (2002) and distributed to the participants of the 2nd Armenia - Diaspora Conference.