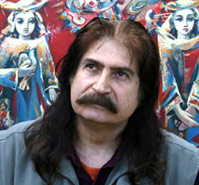 In 1996 he moved with his family from the mountainous country of Amenia to the Netherlands. Since 1998 the Darbinian family lives in Nijkerk.

Serob Darbinian was a well known art painter in Armenia and in Russia. In the Netherlands he became quite famous thanks to several exhibitions. Also several articles have been published about his work as a painter of art, as well as his life.

He is now working for 6 years as a teacher in drawing and painting at an Academy of Art at Nunspeet.

About his work Serob says: I like to paint modern style, symbolic, realistic and I distinguish my ideas style and colour from other painters of art. Symbols that one can see in my work are pigeons (love), horse (freedom), circles of light (energy from God) and young people (Purity). Sometimes I also like to produce religious art, because I am a believer. I am an artist and I like to work for all people in the whole world. 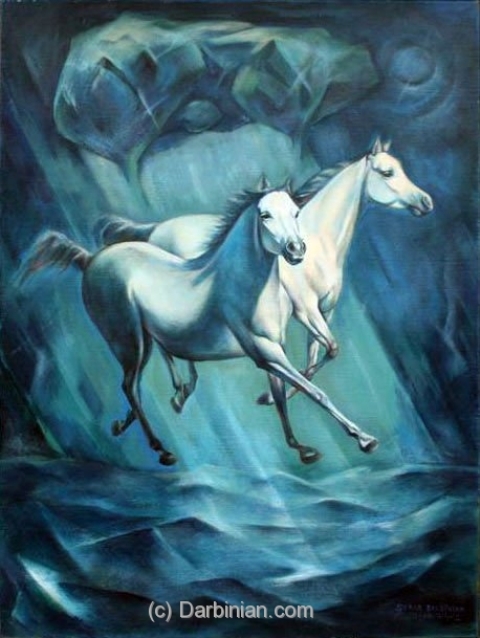