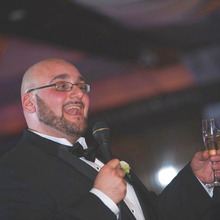 “The documentary explores the collective reminiscence of Ethiopian Armenians from their own perspectives, as well as others touched by their profound legacy”, says Aramazt Kalayjian.

On 18 July 2012, Kalayjian launched a 22 days campaign for funding his project on a crowdfunding website called kickstarter.com

The documentary is titled TEZETA. Tezeta is a famous song style in Ethiopian Jazz traditions which translates in Amharic as “My Memory”. It has a deeper meaning and conveys a sense of nostalgia, similar to the Armenian Garod (Կարօտ).

There are many cultural traces of Armenian presence in Ethiopia. King Haile Selassie has brought 40 adopted orphans from Jeruslaem who comprised his imperial orchestra. Kevork Nalbandian was the composer of the first Ethiopian national anthem. His nephew Nerses Nalbandian, jazz musician and instructor, mentored many legendary Ethiopian Jazz musicians.

Talking about the project Kalayjian explains: “I am documenting the Armenian legacy in Ethiopia, namely the large role the community played in the development of Ethiopian modern music and craftsmanship throughout the last century. The documentary will include interviews of Ethio-Armenians around the world, as well as in Addis Ababa. I have also gained access to some legendary Ethio-Jazz musicians, including elders such as singer Al?may?hu Esh?t? (lovingly called the Elvis Presley of Ethiopia) as well as some of the new generation of jazz artists who have benefitted from the musical foundation laid by Nerses Nalbandian, like Samuel Yirga. With the steady diminishing population of Armenians in different countries, I truly believe that the documentation of the Armenian legacy in Ethiopia is timely and relevant”.

Kalayjian's wife Ani Jilozian is equally enthusiastic about the project. “This film is about more than just the various contributions Armenians have had on Ethiopian culture. It's about cultural identity, mixing, and preservation; the introduction of photography and architecture; struggling through a despotic communist regime; and the development of modern music in a nation? in short, it's a phenomenally cool story that we believe will interest wide audiences!”, she says.


Five days are remaining for the targeted US$ 10.000 and already 75% of the target has been accomplished through the help of 110 backers. We urge you to support this project (see link below). According to the rules, if the target is not reached then the whole project is not materialized and the pledged sums are not transferred. The targeted sum will cover the initial minimum amount for filming, but in order to make the best film possible a total of $30,000 would be needed later for production costs. The production costs include crew hire, equipment and media storage, research and editing, sound mastering, paying for composer for an original score, travel expenses to conduct interviews, website and digital download, footage and music copyrights etc. At the time being the focus is on securing the initial sum. Click to contribute.

Videoclips on several interviews that would be included in the documentary could be seen on the above link.

Aramazt Kalayjian earned a baccalaureate degree in Communications Design from Pratt Institute in Brooklyn, New York. He has designed graphics for several exhibitions including such institutions as the New York Transit Museum, Liberty Science Center and Alcatel-Lucent Bell Laboratories. He has led groups of volunteers to help promote for the Brooklyn Underground Film Festival and the American Institute of Graphic Arts Fresh Dialogue symposium. Kalayjian directed a film crew and designed the set of an Armenian oud concert at Columbia University. Aramazt Kalayjian has filmed, directed, translated and edited a documentary on family history preservation called “Մեծ Մայրիկ (Grandmother)” as well as promotional videos for the Kushi Institute in Becket, Massachussetts.