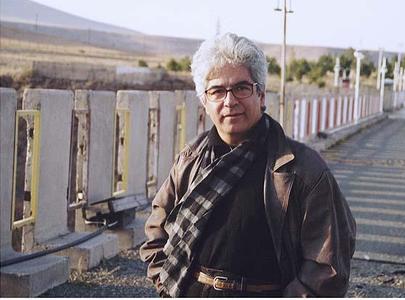 Goudsouzian travels with “Armenian Exile” for his first meeting with Armenia, in search of the ultimate connection with his neglected and sometimes forgotten identity.

In 1988, Nagorno-Karabakh?s war for independence was in the headlines worldwide. Halfway across the world in Canada, Hagop Goudsouzian?s peaceful world was suddenly shaken: ?I had forgotten I was Armenian, until I saw the courage of these people who had never forgotten who they were and knew what they had to do?? says Goudsouzian.

Then, again in 1991, the independence of Armenia triggered a new beginning for Hagop Goudsouzian. At this point he no longer had a choice, he embarked on his life?s most important adventure, to touch this mythical land in search of his roots.

?Armenian Exile? travels with Goudsouzian for his first meeting with Armenia in search of the ultimate connection with his forgotten and sometimes ignored identity. It is a deliberation seeking clarity where history left off.

Born in Egypt, Hagop Goudsouzian, is of Armenian descent and currently lives in Toronto. He has a wealth of experience in film and video production.

In partnership with TVOntario TFO, he has produced and directed a number of television series, including Dossiers XXX, a documentary series in which science and technology are presented from a teenage perspective.  As well, he produced Spectacles en direct, a concert series.  Goudsouzian also created and directed the series Un autre son de cloche, produced to coincide with the International Year of the Family.  In each episode of this series, skits written and played by children aged 9 to 12 address various social and family issues based on the children's perceptions and experience. Goudsouzian's interest in young viewers led to the creation of another project, Nouvelles Nouvelles, a children's magazine that won the Children's Broadcast Institute Award of Merit in 1991.

As well as being a producer and director, Hagop Goudsouzian is also a photographer; his work was exhibited at the Biblioth?que nationale du Qu?bec before touring various North American galleries.

He is presently working on the development of the last part of his Armenian Trilogy.  His current film is part one: Armenian Exile a video self-portrait in which he pursues his quest for identity, a theme that also inspired him to make My Son Shall Be Armenian (part two).

Hagop Goudsouzian travelled to his ancestral homeland to ease a cultural burden and left with bones in his pocket.

“Armenian identity is coloured by the fact that we are living in diaspora,” says the Armenian-Canadian filmmaker, who was born in Egypt a long time after his grandparents had travelled there by foot. “We are all in exile.

… The genocide issue is like an unresolved cultural burden that is necessary at one point in one's life to confront.”

His 2005 documentary My Son Shall Be Armenian follows Goudsouzian and five other Montrealers who lost relatives in the genocide begun by Ottoman Turks in 1915.

“When my son was born, that's when I realized that I have to do something, so that I don't transmit, in addition to the cultural identity, the cultural burden,” says Goudsouzian, whose father died before he was able to make his own journey home. His son is 13.

He remembers visiting a cave in northern Syria where it is said 50,000 Armenians were burned to death.

“We went down. We walked around ? it was really dark ? with flashlights and everything. I brought back with me remnants of human bones. Originally one piece was in my pocket,” he says. “It was crumbling in my pocket.”

They travelled to modern-day Armenia where he met with survivors of the genocide.

“It's touching history,” he says, before choking back tears as he recalls one conversation in particular. “She says, `I just want to go back home and drink the water and be buried there.'

“It is one thing when you read it in books and it's another when you actually meet the person and how she feels about life and what her dreams are and aspirations.”

'My son shall be Armenian'