On 22 May 2009 the Chapter started a “Speaker Series”. Vahan Zanoyan, based in Bahrain, was invited to talk on energy markets and the gulf economies in the Fairmont Hotel in Dubai.

A month later, the YP organized its first fundraising event directed for buying sweetcorn in Armenia, in collaboration with YP Yerevan office and CARD (Center for Agribusiness and Rural Development in Armenia). The dinner event took place in the “Sarai” restuarant in the Jumairah Beach Residence neighbourhood in Dubai on 26 June 2009.

This year the Chapter organized a networking event in Movenpick Hotel Bur Dubai on 14 April 2010. More than 50 Armenians gathered. According to a member who joined the event from Abu Dhabi, “the organizers were warmly welcoming all participants and trying to introduce them to each other. They played a small game to facilitate the introduction process. It was good idea to prepare name tags for the participants. Exchanging of business cards was encouraged”. This member has noticed that the YP UAE Chapter has a core of members who closely communicate with each other, without ignoring other Armenians.

The Chapter is currently focusing on AGBU YP Middle East Forum which is scheduled to be held in the Dead Sea, Jordan from 03 to 06 June 2010 (see details in Azad-Hye here). The gathering targets Armenians from Middle East and Armenia, but it is open also to Armenians from around the world.

As part of a growing global network, the AGBU Young Professionals in the UAE is a forum for Armenians interested in professional development, and support of Armenia and Armenians through education, business development and entrepreneurship.

The Chapter will organize activities in the UAE and interact with young Armenian professionals in the Middle East and internationally. It will also partner with other YP programs worldwide and participate in international events such as FOCUS. 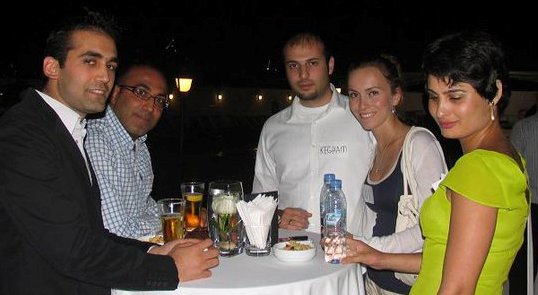