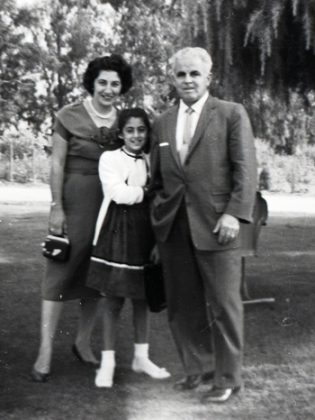 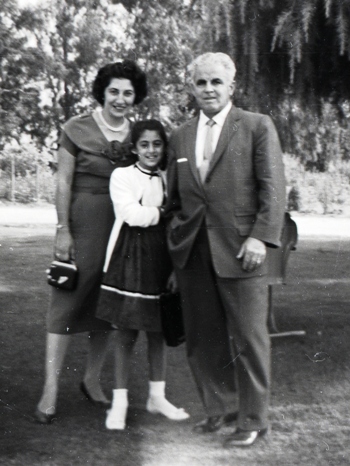 Shirley Kalashian-Collins is a California Armenian who recently started a blog about what it's like growing up Armenian-American.

In this neatly looking blog Shirley returns back to her Armenian heritage and tries to examine stories and details related to her family regarding the Armenian genocide and?
other interests.

She explains her journey back to the Armenian reality saying “I'm a California girl raised by Armenian parents. Because I didn't understand the country and customs that my parents and grandparents came from, I felt awkward and different. Customs collided and barriers were created. Now as I ripen in age I've come back to my roots to rediscover and understand.” A fascinating confession and a good start for a new exploration journey.

In a letter to Azad-Hye, Shirley says: “Although I live in Califronia, I have roots from the Middle East”. In fact all Armenians have some kind of relationship with the Middle East. Countries like Lebanon, Syria, Iraq, Cyprus, Egypt, etc., witnessed the passage of Armenians to other locations.

Referring to our website, Shirley says: “By the way, I love the name, Azad – that was my mother's name.? Well, really, it was Azadouhi but she called herself Azad”.

Elaborating on her belated interest in Armenian issues, she writes in her blog: “Sitting on my mother?s lap? listening to her talk on for hours in her native tongue; I could feel her chest rising and waning to the tone of a language I would never learn, a culture I would resist.? And now I have come back, full circle”.

Shirley has clear views about Armenian issues. Commenting on a suggestion made by someone to forget the century-old Armenian Genocide, she says “victims should be able to move on and look to the future, but asking them to forget is asking too much.”

On cultural genocide in Turkey, Shirley says: “If one goes to Turkey one should ask, where are all the ancient Armenian churches that once dotted the landscape of Eastern Turkey?, Why were all the street names and city names changed from Armenian words to Turkish??.?

However, the current situation there is problematic. “The beautiful valley that drew my parents and grandparents, where I went to school and tasted the most delicious fruit?ever, is turning into something almost unrecognizable,” she comments and goes on explaining who she thinks are responsible for the environmental changes.

A considerable part of Shirley's writing is related to her upbringing and family memories. Here she explains to the Americans what an evil eye is: “My mother used to have jewelry she called The Evil Eye. They were blue with a dot in the middle as if they were an eye looking at you.? I was to find out that these little gems were an ancient superstition. The idea was that this piece of jewelry or trinket would protect you against someone giving you the evil eye, because your evil eye would ward off their evil eye.?Supposedly, people with these special evil eyes could cause you harm, so it was a good thing to have one to protect you. I used to wear them, but they didn?t work!”

Shirley also looks into international affairs and has strong views about what is going on worldwide. In June 2009, she wrote about the demonstrations in Iran: “I, for one, am in solidarity with the students and people of Iran who want an end to oppression and the stifling of the freedom of thought.”

Photo: Shirley Kalashian-Collins with her parents.