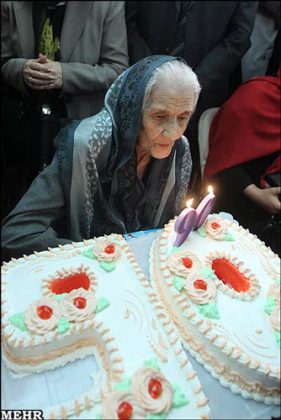 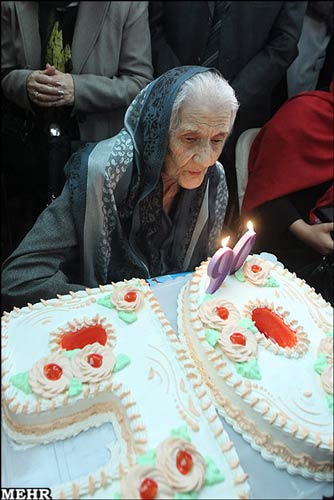 The 90th birth anniversary of the first Iranian female astronomer and physics professor, Alenush Terian, was celebrated at the Ararat Club in Tehran.

The ceremony was attended by some Iranian MPs and over 100 Armenian people to pay tribute to Iranian mother of astrology and the establisher of the solar observatory of the Institute of Geophysics at the University of Tehran.

At the ceremony, the Tehran MP Hassan Ghafurifard made a short speech about his acquaintance with Terian who was his professor at the university. He said that he had visited her at the elderly house once. She used to say she had a son called sun and a daughter called moon, he said.

The representative of northern Tehran Armenians in the Majlis (Iranian Islamic Consultative Assembly) Vartan Vartanian called Terian as one of the luminaries which Iranian Armenians are proud of her. ?The presence of luminaries like Terian is a witness to Armenian relationship with Iranians throughout history,? he added.

The message of the Primate of Tehran Armenians Archbishop Sabouh Sarkisian on the occasion of Terian?s birth anniversary was read out at the ceremony.

Born in an Armenian family in 1920 in Tehran, Alenush Terian graduated in 1947 from the Science Department in the University of Tehran and began her career in physics in the same university and was elected as the chief of laboratory operations in the same year.

She graduated in 1956 in atmospheric physics from Sorbonne University. She returned back to Iran and became an assistant professor in thermodynamics physics at the University of Tehran.

She was granted a four months solar physics scholarship by the German government, following which she became the first female professor of physics in Iran in 1964.

In 1966 she became member of the geophysics committee in the University of Tehran and in 1969 finally was elected as the chief of the solar physics studies in that university and began to work in the solar observatory which she was one of its founders. She was retired on 1979.

Photo: Mother of Iranian astronomy Alenush Terian blows out the candles on her birthday cake during a celebration at the Ararat Club in Tehran on November 9, 2010. (Photos from Mehr News / Majid Asgaripur) 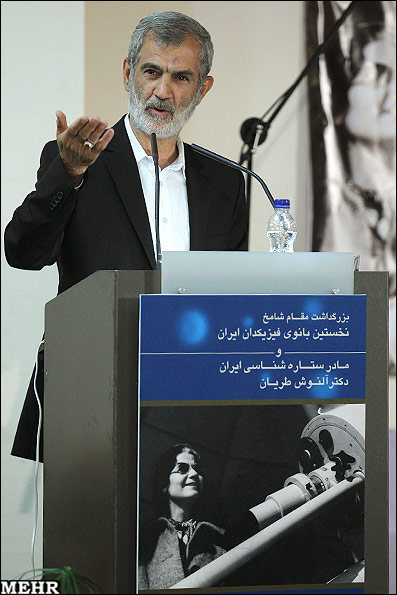