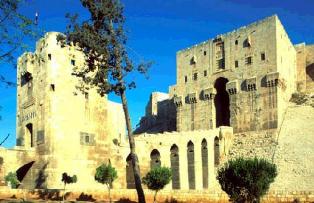 The delegation consists of several Board members, businessmen and interested professionals from Aleppo with the aim of activating the bilateral trade relations between the two countries, opening up new channels for Syrian exports in the Armenian market, inviting Armenian investors to establish enterprises in Syria through briefing on the investment procedures and favorable environment in Syria, a country characterized with safety and security.

The visit schedule includes signing a twinship agreement with the Yerevan Chamber of Commerce and Industry for the purpose of exchanging information, know-how, organizing visits of trade delegations, setting up fairs in both countries, known for their distinguished historical ties and close kinship, particularly in the city of .

There are no political contradictions between and , but the trade and economic ties are not on a sufficient level. In 2006 the commodity turnover decreased as compared to the previous year. imports fruit and metallic constructions from and exports mainly rubber. The aim of the visit of Syrian businessmen is to improve the level of trade and economic relations and raise it to the level of the existing advanced political ties.