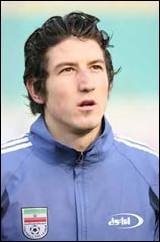 Only Christian on national side says he plays for his country

Many soccer players have a habit of routinely crossing themselves as they emerge onto the field for a World Cup match.

But Andranik Teymourian is different.

His simple gesture has amazed television viewers around the world because Teymourian plays on the national team of , one of most thoroughly Islamic nations in the world.

Teymourian is a member of 's tiny Armenian minority, part of an Orthodox Christian presence dating back to biblical times. About 200,000 Armenians currently live in , mostly in and other towns of the northwest.

Although is an Islamic theocratic state, Christianity and other non-Muslim religions are not banned as in other strictly fundamentalist states such as .

“I'm the first Christian Iranian player in the World Cup since 1978,” Teymourian said.

The last non-Muslim player on the national team was defender Andranik Eskandarian in 1978. He now lives in the .

The gangly, 22-year old midfielder, who is seen as one of the great hopes of Iranian soccer, plays for the Aboo Muslim club from .

He also has played for at every youth level so far before being drafted to the national squad by coach Branko Ivankovic.

“He is a wonderful player. Very serious, very committed, I can rely on him to fulfill any task,” Ivankovic said. “He will definitely play a big role on the national team for many years to come.”

Teymourian says he gets along very well with his teammates, and that religious differences don't affect their relations on the field or on a personal level.

“I am very happy that as a Christian I am playing for a Muslim team,” he said. “I will put all my abilities at the disposal of the nation and the team.”

He said that normally he regularly attends church in . 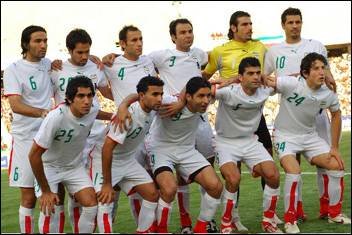 “But it's been impossible to get out of the camp in because of security, so I haven't been able to do so here.”

It is unfortunate that up to this moment lost two matches in the World Cup games (3-1 in front of , and 2-0 in front of ). It remains to know whether the Iranian players would be able to return back home with a single win on 21 June 2006 against .

2- Andranik Teymourian number 24 player in the national team of Iran.