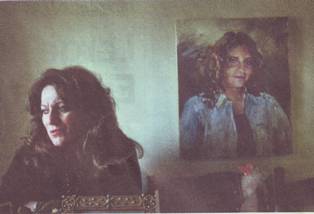 DUBAI // The mother of a girl who died in a quad bike accident is angry they are still being used in residential areas.

Her plea for firmer action comes weeks after authorities began a drive to restrict ownership of the off-road vehicles, and she feels police are not doing enough.

Shortly after what would have been her daughter?s 18th birthday, Sonia Babikian has launched a campaign to inform people about the death of her daughter, Gabriella Mattar, and to draw attention to the dangers of the bikes.

Ms Babikian said she hopes her story, and rules implemented in April by the Roads and Transport Authority (RTA) banning the vehicles from public roads could prevent further tragedies.

She urged the police to be more active in enforcing the RTA rules.

?All they do is give us parking tickets when children are dying on quad bikes,? she said. ?They keep on saying [they will remove them] but are not doing.?

She said her friends often complained of quad bikes on Safa Road and in the Murdif area. Since the accident, she has also seen them in The Gardens, where she lives.

The mere sight of the machines fills her with pain.

?She [Gabriella] comes to my mind when I see them,? she said. ?I cannot pass by a quad bike shop without tearing up. I just think, that is the reason why I lost her. They shouldn?t have been on the property.?

The mother and widow, who still wears black, cries as she recounts how her only daughter died in October 2005 when she was 14.

Gabriella had pleaded with her mother to allow her to visit a friend in The Meadows, a nearby community, and eventually got her way.

?I said, ?Be careful and call me as soon as you get there.? So she went.

?It was six o?clock and I felt something was not right. She always calls me. If I?m out, every 10 minutes she?d call me.

?I called her number, no reply. Then I called her friend?s number and a man replied. I said, ?This is my daughter?s friend?s telephone. He said, ?Oh, so the girl who fell off the bike is your daughter.??

Although quad bikes were banned in the gated community, neighbours later complained that the vehicles were a frequent nuisance.

A boy living in The Meadows had one and offered Gabriella a ride. It is unclear how the accident happened, but the girl was knocked off and received a head injury. The boy was not hurt.

?When you?re a mother, nothing comes to your mind; death is the last thing. Oh, my God, never! And bike, I thought he probably meant bicycle. I swear on my grave I?d never heard of quad bikes. I?ve seen them but I didn?t even know,? she said.

Gabriella was a student in Dubai who dreamt of becoming an actress and studying at New York University. Her father, Ms Babikian?s husband, died of a heart attack in 2001 leaving her and her mother alone in Dubai. The two shared a small apartment in The Gardens community behind Ibn Battuta mall for four years while Ms Babikian worked as a customer service representative at Emirates Airline to pay for school and living expenses.

She still grieves for her only child.

She writes to websites telling her story and hopes other parents will understand the dangers of letting children ride on quad bikes.

In response to accidents such as Gabriella?s, the RTA announced in April that it was clamping down on quad bikes. Under its rules, all bikes have to be registered by owners and rental companies. The vehicles have to undergo safety checks, and drivers are required to receive training and testing to ensure they are capable.

The UAE has no statistics on deaths and accidents associated with quad bikes. However, a study in the US said 8,985 people had been killed there between 2002 and 2008. Almost 2,500 of the victims were under the age of 16.

In Dubai, quad bike owners must display licence plates and are barred from driving in residential areas or on public roads. Those who break the law will be fined Dh200 (US$54) for the first offence and Dh300 for the second. After a third violation, the bike will be confiscated by Dubai police for a month.

The new law also places age limits on quad bikes. Children under 16 are limited to vehicles with a maximum engine size of 90cc and a top speed of 80kph.

Insurance is also required and owners have to pass a written theory test.

Registering a quad bike costs Dh300. For companies wishing to rent a bike out, the fee is Dh1,000.

In Ras al Khaimah, quad bikes have been banned from the city centre.

A 25-year-old dentist and part-time model from Mumbai was left severely disfigured in a quad bike accident last year while on holiday in Hatta.

Email of the reporter: [email protected]

Photo: The death of her daughter, Gabriella Mattar, seen in the portrait, has prompted Sonia Babikian to launch a campaign against quad bikes. Photo by Amy Leang / The National