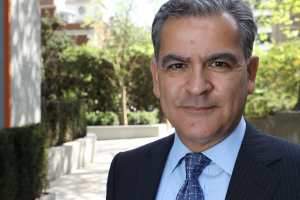 Aram Shishmanian understands the connections that bind people to gold. For 35 years, he has worn a matte gold watch, a graduation present from his father.

That sentiment, and a 33-year career as a consultant and business philanthropist, has helped him run the World Gold Council (WGC) in an age when the metal?s appeal is under pressure from a growing array of consumer attractions such as mobile phones and designer handbags.

In recent years, gold has lost ?some of its aspirational character?, Mr Shishmanian says. He points out that many young consumers in major emerging economies such as China and India are more interested in western-style luxury goods than beautifully crafted gold jewellery. ?Heavily exposed to the media, they aspire for western consumer and luxury goods as part of a stereotyped western lifestyle.?

Since about 50 per cent of these consumers are under 20, the WGC needs to reposition its gold products towards the youth market. ?Today gold is competing head on with high-branded products from the mobile phone to the Louis Vuitton handbag,? Mr Shishmanian says. ?We must ask ourselves the question: what does it take to reignite that passion and aspirational demand for gold??

He already has a model for his rebranding plan. ?Diamonds have done a fantastic job in creating demand,? he says, somewhat grudgingly. But then, Mr Shishmanian, 57, has never been frightened of change. Before moving to the WGC, he spent 27 years at the accounting firm Accenture, moving up the ladder every few years. Eventually, he launched and later headed the finance division. ?[I] never once sat in a corner office,? he says.

Five months ago, he began his stint as a gold evangelist, after accepting an offer from Gregory Wilkins, the WGC chairman, to lead the council.

At the time, he was holding an average of five non-executive directorships at FTSE 100 firms, after retiring from Accenture five years earlier. The board positions ranged from a start-up insurer to biotech companies and a carpet manufacturer. Then came the phone call from Mr Wilkins and he moved into the gold business.

Since then, Mr Shishmanian has become a passionate student of the traditions of the world?s largest gold consumers ? India, China and the Middle East. In these regions, gold serves as a key component of a woman?s wealth, through a marriage dowry.

?In the West, gold is easily linked to conspicuous consumption,? he says.

?But I love the way it is ingrained in, for example, India. When you have a good harvest, you buy gold. Gold is an investment, a wealth creation and a protection.?
During the recent economic boom, luxury goods became ?affordable? and reached a broader market, challenging gold?s supremacy in India and China. Simple gold jewellery became a relic to some customers.

But the global downturn has reignited interest in the metal because of its reputation as a haven, boosting gold?s price earlier this year to just below a peak of US$1,032 an ounce in March 2008. ?Now, they are rediscovering it as a means to preserve wealth,? Mr Shishmanian says.

Even so, once the economy improves, he wonders whether gold will retain its allure to future customers. He believes it will. After all, his first challenge when he took over the WGC was to convert his wife to gold. She was, he says, ?a diamond and platinum lady?.

Following an invitation to his first official WGC event in Italy, he realised his wife had to wear gold. To encourage her interest in the precious metal, he took her to a renowned Italian jewellery designer. ?She caught the gold bug and looks gorgeous in it,? he says.

Just like the product he promotes, Mr Shishmanian has a colourful past. Born in Iran in 1951, he went to what he says was ?boarding school in London? ? when he was only nine months old. His parents travelled the globe as textile merchants and felt they could not take him along every time they moved. But when he reached his teens, he joined his parents in Iran and Kuwait, where the family lived for extended periods.

So, while he says he feels close to his Armenian heritage, Mr Shishmanian describes himself as a mixture of cultures and attitudes, born out of living on four different continents. ?Emotionally, I feel like an Armenian… in terms of my thinking, I am English because of my education, and culturally I feel very open because I have lived outside of the UK half of my life.?

It was a visit to his family in Iran that eventually shaped his life and career after accompanying a family friend, a consultant, to a client meeting. During the course of the discussions, he was impressed with how the company acted on his friend?s advice.

At that point, Mr Shishmanian decided to study economics at City University in London, receiving an MBA from its Cass Business School. He joined Arthur Andersen, as Accenture was then called, in 1976.

During his time there he developed an interest in philanthropy. It was initially sparked when he accompanied another family friend to his work at the UN office in Tehran. Mr Shishmanian says he then decided to do ?some good in life?. But it was not until many years later, in 1988, when a devastating earthquake struck Armenia, that he ?made good on that vow?.

Using marketing skills honed during decades of closing business deals, he raised ?unbelievable sums? for hospitals and schools for an Armenian charity. ?That made me believe that you can make a difference through the action you can take.?

He later served on the board of the Marie Curie Cancer Care charity for many years and visited projects in Vietnam as a Save the Children goodwill ambassador. ?I will definitely take on more charity work, when I am an old man,? he says with a smile.

Photo: Aram Shishmanian, the chief executive of the World Gold Council, believes gold will retain its allure. Jonathan Player for The National.

Newer PostArmenia did not seem to be strange to me, says Fethiye Cetin
Older PostHistoric Armenian cemetery in Hyderabad buried under waste