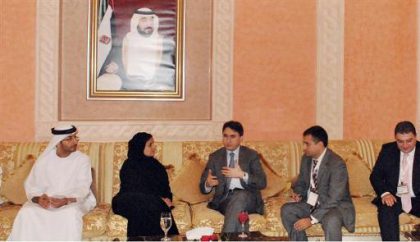 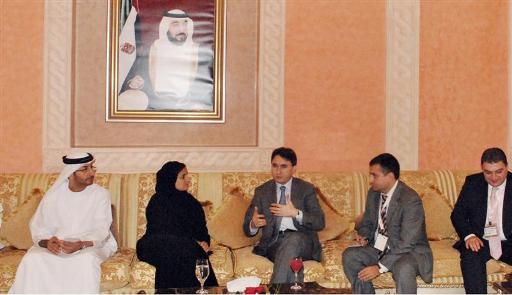 UAE Minister of Foreign trade Sheikha Lubna bint Khalid Al Qasimi discussed on 11 May 2011 in Dubai with Armen Gevorgyan, Vice Prime Minister of the Republic of Armenia, ways to enhance commercial and investment cooperation between the two countries.

The meeting was held on the sidelines of the Annual International Investment Forum. the two sides expressed satisfaction at the growing trade exchange between the two countries which surged last year to US$99 million from US$70 million in 2009. Gevorgyan has extended an invitation to Sheikha Lubna to head a trade and investment delegation on a visit to Armenia.

Welcoming the guests, the Prime Minister emphasized that the delegation?s visit is a good opportunity to discuss questions of economic cooperation between Armenia and the United Arab Emirates, as well as to exchange know-how in respect of involving Armenian women in business.

Highly appreciative of UAE-Armenia political relations, Tigran Sargsyan stressed the importance of making a better use of the potential available in the field of trade and economic cooperation.

Thanking the Prime Minister for reception, Sheikha Hind bint Abdul Aziz Al Qassimi said that during their first-ever visit to Armenia the delegation has got acquainted with the economic development and investment opportunities in the country. She assured of their interest in cooperating with Armenian businesswomen.

Tigran Sargsyan described Armenia?s economic status and his government?s economic policy priorities. Concerning Armenia?s drive for economic diversification, he stressed the importance of making joint efforts in the field of information technologies, agriculture and tourism, as well as in building free economic zone for innovational programs.

The parties went on to exchange opinions over a broad range of issues of mutual interest. The export of food and diary products, potable water and jewels were singled out as a prospective areas of interaction. Mindful of boosting the exports, the Prime Minister underscored the importance of creating a free economic zone and a refrigerating facilities at Zvartnots international airport (Yerevan's airport). Cooperation in the field of tourism was highlighted on either side.

As to the implementation of joint projects, Tigran Sargsyan prioritized the activities of UAE-Armenia intergovernmental commission. In this context, he pointed out that the UAE Businesswomen's Council is already cooperating with Armenia's Ministry of Economy, the Armenian Development Agency (ADA) and Armenia's Embassy in the United Arab Emirates. 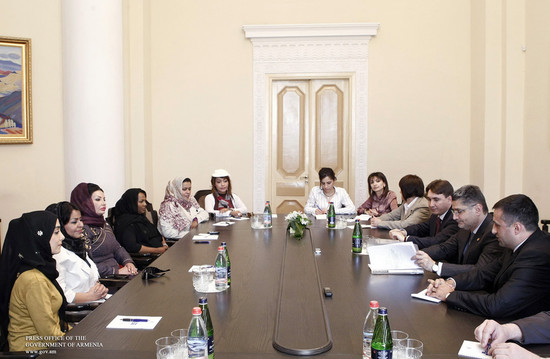