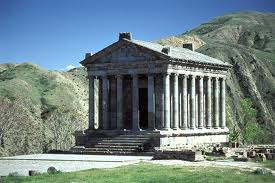 The Historical and Cultural Museum-Reservation of Garni (Armenia) and the Palestinian cultural landscape of Battir are the winners of this year?s Melina Mercouri International Prize for the Safeguarding and Management of Cultural Landscapes (UNESCO-Greece). The prize will be awarded at a ceremony to be held at UNESCO Headquarters on 24 May.?In rewarding the management of Garni and Battir, UNESCO wishes to raise awareness of these sites? beauty and importance, of their tangible and symbolic values, so as to help avert threats to their continued preservation,? said the Director-General of UNESCO Irina Bokova, endorsing the recommendation of an international jury.

The Museum-Reservation of Garni covers a total area of 5.1 hectares in and around Garni Village, some 28 km East of Yerevan in the volcanic Armenia plateau of the Caucasus Mountains. It features a series of historical and architectural vestiges and buildings from the Bronze Age (Cyclopean walls), to Hellenic times (temples, bath-house), as well as early Christian elements.

The site has been recognized for measures taken to preserve its cultural vestiges, and the emphasis placed on efforts to interpret and open the site for national and international visitors. The jury also praised the integration of this work into the lives of local communities, encouraging social and economic development. Part of the site was inscribed on UNESCO?s World Heritage List as The Monastery of Geghard and the Upper Azat Valley in 2000.

The Battir Cultural Landscape (Battir Village and its surroundings, occupied Palestinian territory) testifies to 4,000 years of the terraced cultivation of vines and olives. Home to 1,150 people, of whom 350 live in the village of Husan, the landscape also features walled terraces, irrigation canals, watchtowers and other dry stone edifices. The site is recognized for its great aesthetic and symbolic value. The jury particularly emphasized action undertaken to stabilize the traditional agricultural use of the landscape in cooperation with local farmers and the adoption of protection legislation and a sound management plan.

Battir is part of a larger area (?Land of Olives and Vines?), which is included in the ?Inventory of cultural and natural heritage sites of potential outstanding universal value in Palestine?, issued by the Ministry of Tourism and Antiquities with a view to future nomination for World Heritage listing.

The jury of the Melina Mercouri International Prize for the Safeguarding and Management of Cultural Landscapes also decided to award a Special Mention to the 120 kilometre-long Wadi Hanifah (Saudi Arabia) landscape of which Riyadh is the main city. Part of the site was inscribed on UNESCO?s World Heritage List as At-Turaif District in ad-Dir?iyah in 2010.

Awarded every two years, the Melina Mercouri International Prize for the Safeguarding and Management of Cultural Landscapes (UNESCO-Greece) rewards outstanding examples of action to safeguard and enhance the world's major cultural landscapes. It bears the name of the late Melina Mercouri, a precursor of integrated conservation and sustainable development, renowned actress and Minister of Culture of Greece.