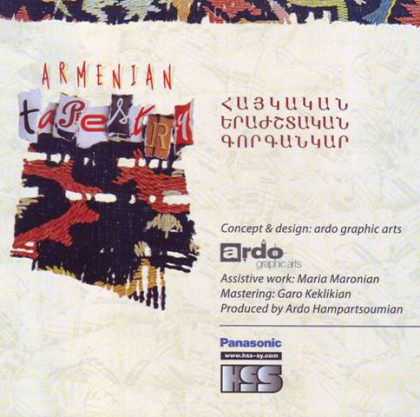 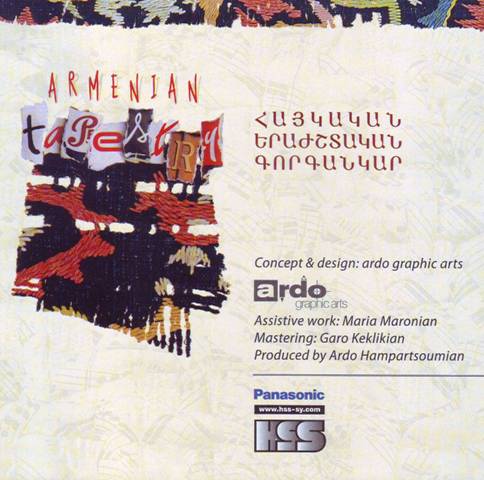 ?Only the wicked have no song?

If you believe in this saying, you also believe that every sane human being, either enjoys making music or listens to it, no matter what age or social class he is from.

Armenian musicians in Aleppo too – both professional and amateur – have been listening to, composing and performing music for a long time now; Some had their own CD?s released and some were waiting for an opportunity like this to be heard.

?Armenian Tapestry? with both of its releases, created this chance for many to present their music, not only to the Aleppo audience but – thanks to the media – to all Armenians around the globe.

For the second year in a row, Mr. Ardo Hampartsumian – the renowned graphic designer from Aleppo – has successfully launched a second collective CD, entitled ?Armenian Tapestry – Two?, which includes a number of contemporary local singers and bands, who presented their latest songs, each with his/her unique style.

Despite the fact that he is a graphic designer by profession, Mr. Ardo is also a zealous listener to music, who came up with the CD idea and succeeded in launching two editions in two years? time.

As you listen to the tracks, you realize that some singers and bands relied on lyrics and melodies by composers from Armenia, which is an undeniable source for all Diaspora musicians. Some however, were more daring and decided to present their own compositions, and the result of course is a fusion of colors, which together make a contemporary CD that pleases every taste.

?Armenian Tapestry? (One and Two) was distributed for free along with the local Armenian periodical – Kantsasar?s new year edition (published by the Armenian Prelacy in Aleppo), thus making its way to over 800 Armenian households in Aleppo alone.

The project sponsors are Hrayr Seraydarian and Sons, Panasonic representatives in Aleppo.

As for the mastering, it was completed in ?Studio Garo? by the renowned Gomidas band keyboardist – Garo Keklikian.

Both CD?s include 17 tracks and most songs were created especially for this project.

The Azad-Hye team would like to congratulate everyone who participated in making this project possible, in particular, the creator and maker of the CD- Mr. Ardo Hampartsumian.

Tapestry made of music (Link to the Armenian Tapestry One)


LISTEN TO THE ARMENIAN TAPESTRY TWO 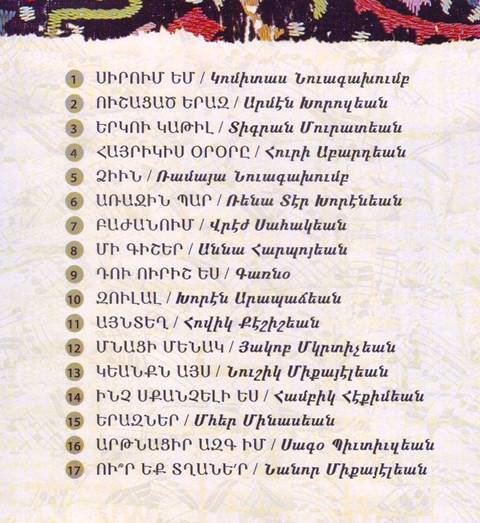