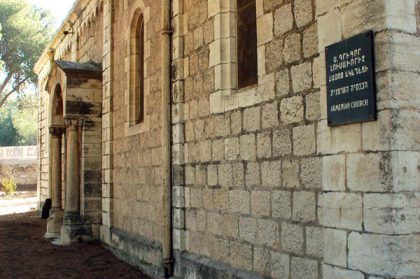 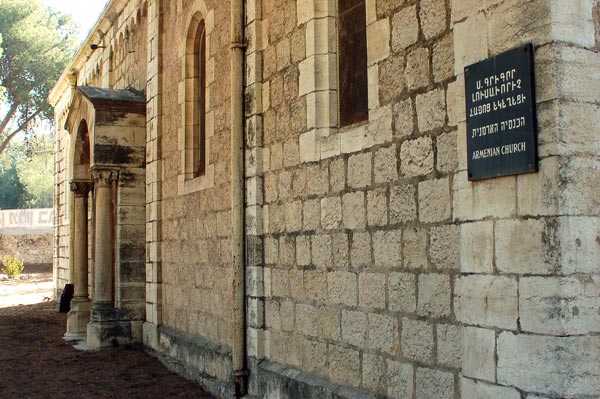 The situation around an Armenian church in Jerusalem and plans to build a hotel complex in its immediate neighborhood has been resolved in favor of the Armenian viewpoint.

Representatives of the Armenian Patriarchy in Jerusalem, however, fear private developers will not give up their efforts of having another similar project approved by city authorities.

Earlier this month, the municipality of Jerusalem decided not to approve an agreed construction project by which a high-rise hotel complex was to be built next to the Armenian St. Grigor Lusavorich (Saint Gregory the Illuminator) Church, situated in the city?s German quarter.

Had the plan been achieved, the church would have been converted into a Jewish community center.

The idea was not acceptable to either the Armenian Patriarchy, or the Jewish residents of the quarter. A majority of the local residents have opposed the plans as they do not want a hotel that could disturb life in their area.

Armenian Patriarchy representative Deacon Artak Hakobyan told ArmeniaNow that although the municipality of Jerusalem has rejected the construction project, the Patriarchy fears that the same company will come up with a new proposal.

?It is already seven years that they have struggled for this project and they are unlikely to retreat so easily,? says Hakobyan.

The St. Grigor Lusavorich Church in Jerusalem, which has belonged to the local Armenian Patriarchy for 60 years, was built by Germans, in 1887. Later, only after the exile of Templars (members of the Catholic Spiritual Knights Order, founded in the 12th century in Jerusalem), the church was donated to the Armenian Patriarchy so as to prevent its handover to adherents of other faiths. One Armenian family now lives in the territory of the church and is its caretaker. The estimated number of Jerusalem?s Armenian population is 11,000.

Earlier, on September 5, some Jewish residents of the neighborhood, along with representatives of the Armenian Patriarchy, staged a protest opposing the construction and launched a collection of signatures against the project. On September 16, Patriarchy representatives also staged a small protest in front of the city?s municipality.

In Hakobyan?s opinion, not only the protest of representatives of the Armenian Church, but also the dissatisfaction of the neighborhood?s influential Jewish residents over the construction project influenced the decision of the city authorities.

Archimandrite Koryun Baghdasaryan told ArmeniaNow that the construction of the hotel complex met the interests of the Jerusalem mayor, who in his pre-election campaign had promised to raise the number of tourists annually visiting Jerusalem from two to ten million.

Baghdasaryan also said that there are several reasons why other residents (non-Armenians) of the district are against building a hotel complex.

?Intellectuals live in the German district: they are for having representatives of different nations and religions in their community. Besides, the district is of historical value, and they want to preserve it for that reason,? he said.