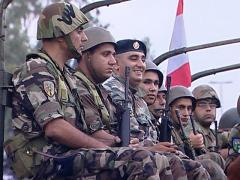 The Armenian Revolutionary Federation (ARF) Central Committee of Lebanon discussed at its 16 August 2006 meeting the developments following the adoption of the United Nations Resolution 1701. The Central Committee expressed its opposition to the inclusion of Turkish troops in the forces to be deployed in southern .

The continuing occupation of northern , the denial of the Armenian Genocide, the violation of the rights of Kurds are just some of the issues that are not consistent with the image wants to acquire as a regional peace keeping force. The current Turkish-Israeli military agreement does not allow to be a neutral peacekeeper.

Having considered all these, it becomes clear that the involvement of the Turkish forces in would be an offence to the collective memory of the Armenian Community, a founding community of the Lebanese state.

If we examine the Ottoman presence in the area we will notice that did not stay away from the 's tyranny facing violence, starvation and slaughter. It is imperative that revises its past before attempting to participate in any peace keeping forces in the area.

On 19th August 2006, a delegation of the ARF Central Committee, comprised of Hovik Mkhitarian and Member of Lebanese Parliament Hakob Bagratuni, met with the Lebanese Prime Minister Fuad Saniora and stated to him the opposition of the Armenians for the deployment of Turkish forces in as part of the international peacekeeping forces. The Central Committee pointed out that such move will disappoint not only the Lebanese Armenians but also Armenians worldwide who have continuously supported . “We explicitly told the prime minister that we are against of the presence of even one Turkish soldier,” MP Bagratuni noted.

Turkish officials fabricated a news story last week in order to create the false impression that their soldiers would be warmly welcome in , even by the local Armenian community!

The widely circulated Turkish newspaper Hurriyet published a front-page story on August 18 claiming that the only Armenian Minister in the Lebanese Cabinet had agreed to the stationing of Turkish troops in . The story, written by Hurriyet's Chief Editor Ertugrul Ozkok, carried the following sensational title: “Even the Armenian Minister wants us in .”

Ozkok published the dramatic details of the dinner that was given in Beirut last week by Lebanese Prime Minister Fouad Siniora in honor of the Foreign Ministers of France, Pakistan, Malaysia and Turkey. In attendance were also 9 Lebanese Ministers, including Jean Oghassapian, the Minister of Administrative Reforms.

According Ozkok's article, when 's Foreign Minister Abdullah Gul asked Prime Minister Siniora how the Lebanese people would react to the presence of Turkish soldiers in their country, Siniora responded to the great surprise of everyone at the dinner table: “Even the Armenian Minister in our Cabinet wants the Turkish soldiers to come.” Ozkok wrote that Siniora then called over Minister Oghassapian from an adjacent table and “holding his arm,” asked him: “You also want the Turkish soldiers to come, don't you?” The Armenian Minister reportedly replied: “Yes, we want them.” Ozkok reported that Turkish officials present at the dinner were utterly surprised “especially since only that same morning, the Lebanon-based Tashnak Party had issued a declaration,” announcing its opposition to stationing Turkish troops in .

Ozkok gleefully concluded: “Clearly the Armenian Minister and the Tashnak declaration were at odds.” Gul reportedly told the Turkish journalists at the dinner that was “not taking seriously” the efforts of the Armenian lobby in the to prevent Turkish soldiers from entering .

Stretching the truth even further, Ozkok reported that the Shiite Speaker of the Lebanese Parliament, Nebih Berri, told Gul at the dinner: “I speak in the name of the Shiites in . We want from our hearts that the Turkish soldiers participate in the peacekeeping force.”

The Turkish press is notorious for publishing untrue and distorted reports. However, in this case, it appears that Mr. Ozkok, a distinguished journalist and a prominent media executive, may have been used by Turkish officials to disseminate a fabricated story. Ozkok, who was in during last week's dinner in , was fed this fictitious news by Turkish Foreign Ministry officials.

In order to verify what really took place at that dinner, I contacted

Minister Oghassapian and spoke with him last Sunday. He was absolutely shocked to hear what Hurriyet had reported. He said that just about every item in that article was false! He said he did not walk over to the table where the Lebanese Prime Minister and the Turkish Foreign Minister were sitting and did not exchange any words with either one of them that night. He did not discuss with anyone the possible participation of Turkish troops in the peacekeeping force. He also said that the Speaker of the Parliament Nebih Berri was not present at the dinner at all. Furthermore, Minister Oghassapian said to this writer that in separate meetings with Prime Minister Siniora, he had told him of the strong opposition of the Armenian community to the stationing of Turkish troops in .

It is clear that the Turkish Foreign Ministry, by fabricating this news report, is trying to create the false public perception that Turkish soldiers would be warmly welcome in . This point was made more obvious in another Hurriyet story which reported that Gul was told during his visit to : “All sides are waiting for the friendly Turkish soldiers” to take part in the peacekeeping force.

The second Turkish intent in falsifying this report seems to be to split the Armenian community into two camps: for and against having

Fortunately, this Turkish lie did not last very long. After I spoke with Minister Oghassapian, he issued a formal statement that was published in the Aug. 22 issue of Zartonk, the organ of the Ramgavar Party in . He described the words attributed to him by Hurriyet as “imaginary and not corresponding to reality.” He said that in private conversations with Prime Minister Siniora, he had indicated his reservations regarding the presence of Turkish troops in .

He concluded his published statement by drawing everyone's attention to the standard practice of the Turkish media to distort the news.

Here is an update about the flurry of developments that have taken place since this writer first suggested earlier this month that Turkish troops should not be stationed in :

– All three Armenian political parties issued statements rejecting the participation of Turkish troops in the international peacekeeping force in . The spiritual leaders of the three Armenian denominations in (Orthodox, Catholic and Evangelical) issued a similar joint statement.

– An ARF delegation met with various Lebanese leaders as well as the Ambassadors of Russia, Japan, Great Britain, China, Italy, Iran and

to impress upon them the unacceptability of Turkish troops in

. The Armenian delegation told the Lebanese Prime Minister that it would not accept even a single Turkish soldier on Lebanese soil!

– The Armenian National Committee of America sent a letter to Pres.

Bush objecting to the participation of Turkish troops in . A similar statement was issued by the ANC office in .

– The American Hellenic Institute wrote a letter to Pres. Bush opposing the inclusion of Turkish soldiers in the peacekeeping force.

– The Foreign Minister of , Vartan Oskanian, announced on August 21 that the Lebanese government should have the right to choose which country's troops it wants on its soil. Regrettably, he did not offer a small contingent of troops to , while Armenians are taking part in the international force in and Kosovo!

– The President of Lebanon Emile Lahoud announced that countries that have a strategic alliance with , a clear reference to , should not send troops to , because they would not be non- partisan. It is to be noted that rejected the participation of , and , on the ground that they have no diplomatic relations with Tel Aviv, even though their troops would not be stationed in . then has even more of a right to reject the Turkish troops which would be stationed on its territory.

– According to the Lebanese Al Nahar newspaper, Hezbollah would not accept the presence of Turkish troops in South Lebanon and considers them to be proxies for the and . An early sign of a possible clash between the Sunni Turks and the Shia Hezbollah forces came last week when four Turkish reporters were detained by Hezbollah. After confiscating their films, the reporters were released.

– The Prime Minister and the Defense Minister of both warmly welcomed the stationing of Turkish troops in !

– Various American neo-con analysts supported the participation of the Turkish troops in stating that this would enhance 's prestige in the and increase its chances of joining the European Union.

– Turkish leaders are dragging their feet in making a final commitment of troops for . Analysts believe that the Turks are trying to maximize the concessions they could milk from the West for their eventual participation. They also announced that the Turkish Parliament must first approve such a commitment. This is the same scenario that the Turks orchestrated on the eve of deciding whether or not to allow American troops to invade via . The Turkish leaders also stated that their troops would only engage in humanitarian and reconstruction efforts, not combat activities, thus contradicting UN's announced intention of dispatching a robust military force. Maybe the Red Cross should replace the Turkish troops. It is better equipped to do relief work!

– Onur Oymen, one of the leaders of CHP, the main opposition party in , said his group is against sending Turkish troops to “an uncertain adventure in .” In addition, a group of Turkish peace activists held a protest in last Saturday. They said that had allowed the to use the Incirlik Airbase to supply bombs and ammunition to . Meanwhile, a group of Turkish intellectuals started a petition against sending Turkish troops to .

– Robert Fisk, the prominent correspondent of the British newspaper,

The Independent, warned that if the Turkish army is sent to ,

“count the days – or hours – to the first attack upon it.” would save itself a lot of embarrassment if it would simply announce its own decision not to send troops to , before being rejected by the Lebanese, particularly the Hezbollah!