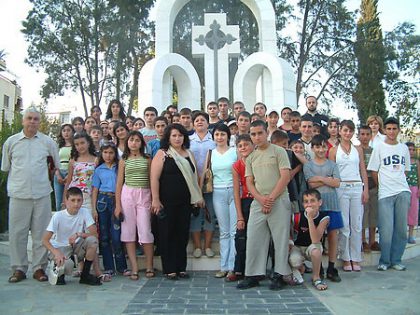 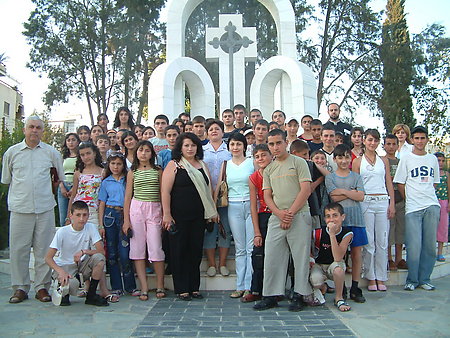 During the months of May and June 2006, three separate groups of children from Artsakh spent their vacations in the beautiful Mediterranean , the legendry birthplace of the goddess Aphrodite.

During their stay in the children (mostly orphans) had also the opportunity to meet the Armenian community of .

The first group came to and spent a day at Nareg school, taking part in a sports activities day.

The second group was present during May 28 celebrations at the Armenian Young Men Association (AYMA) and the third group came from Larnaca by special arrangement of Armenian representative Vartkes Mahdessian and was also treated to some delicious kleftiko (traditional Cypriot meat preparation) at AYMA after sight-seeing tour of the Armenian attractions in Nicosia.

Chairperson Vera Tavitian talked of the activities of HOM – Cyprus in Artsakh, especially the Sosse Kindergarten, which is built in the chapter's name.

Honouring the get-together were Archbishop Varoujan Hergelian and Der Momig Habeshian as well as the Chairman of The Armenian National Committee of Cyprus Dr. Antranik Ashdjian, who spoke about his visits to Artsakh and wished the children well.

The kids from Artsakh spent a wonderful time around the table singing and made friends with the youngsters at AYMA, who pledged to meet them very soon in liberated Artsakh.