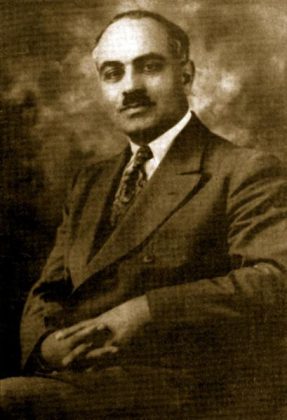 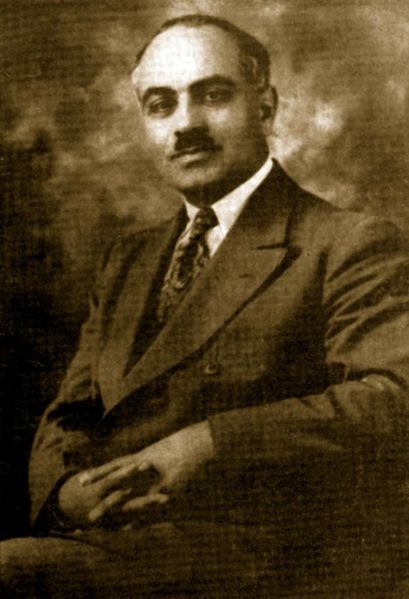 Historian and political activist Rafael Hambardzoumian is the author of the complete biography of Garegin Njdeh (Garegin Nzhdeh, Karekin, Njdeh).

This is the first time that such a large scale attempt has been made to gather all material related to the national hero, thinker, philosopher and military leader Garegin Njdeh (Garegin Ter Harutiunian), who has played a crucial role in the formation and preservation of the Armenian statehood.

Garegin Njdeh was a prominent Armenian military commander who led an anti-Bolshevik uprising in the southeastern province of Syunik in 1921, proclaiming there the Republic of Mountainous Armenia (RMA) and spoiling the Bolsheviks' plans to surrender the region, part of historical Armenian lands, to neighboring Azerbaijan. After months of fierce battles with the Red Army, the RMA had to capitulate in July 1921 following Soviet Russia's promises to keep the mountainous region part of Soviet Armenia. After losing the battle Garegin Njdeh, his soldiers and many prominent Armenian intellectuals, including leaders of the first independent Armenian Republic, crossed the border into neighboring Persia.

Garegin Njdeh was arrested by Soviet troops in Bulgaria in 1945 and executed for his “anti-Soviet activities,” including the alleged collaboration with Nazi Germany. His ashes were moved to Armenia 20 years ago from the Russian City of Vladimir. Prime minister Margarian's Republican party says its ideology is based on Garegin Njdeh's teaching that has some nationalistic elements.

During Soviet times it was not possible to deal with the legacy of personalities like Njdeh. The independence of Armenia brought new and much needed opportunity to analyze Njdeh's works. Rafael Hambardzoumyan pays special attention to the numerous letters, essays and articles written by Njdeh during the period of his captivity in Soviet jails.

It is worth mentioning the crucial role that Njdeh played during the Karakilis (Garakilise) war against the invading Turkish forces in 1918. The author gives a complete account on Njdeh's participation in many battles against the Turks in locations such as Van, Kars, Ararad, Veti, Avshar, Yegheknavan, etc. He has also played an important role in suppressing the rebellion of the Tatar (Azeri) population in 1919 in the newly established Armenian Republic.

A special section in the book describes the significance of the Repbulic of Mountainous Armenia which was established by Garegin Njdeh in the mountainous area of Zangezur (Southern Armenia) after the collapse of the 2 years old Republic of Armenia (1918-1920). The Rebpublic of Mountainous Armenia (known also as Lernahayastan) has been instrumental in keeping Zangezur under Armenian control, thus preventing the annexation of that part of Armenia to invading Azerbaijan, with the result of securing the Armenian borders with Iran (a fact that is important even today during the blockage of Turkey and the instable situation in Georgia). Another importance role of the RMA was to provide exit to the withdrawing Armenian army, intellectuals and political figures after the February 2001 revolt against the Soviet rule.

The work of Hambardzoumyan is highly appreciated. It gives an opportunity to evaluate the life and activities of the national hero Garegin Njdeh. For the first time it is mentioned that the ideology developed by Njdeh (Tseghakron and Taronakan movements) stem directly from the old Armenian doctrines related to the forefather of the Armenians Haik Nahapet, preserved through acts like the “Mamikonian Vow”, which was a kind of oath developed during the Armenian Golden Age (Vosketar). Njdeh has provided the modern version of that national movement. The ideological basis of this thought has emerged from a combination of patriotism and the Christian faith. 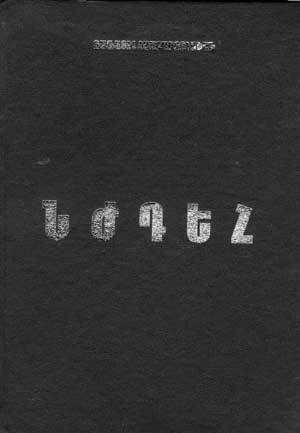 By examining numerous documents and printed sources Hambardzoumyan highlighted the patriotic role of Njdeh in dealing with the advanced Nazi German forces during a very critical time. He continued to play important role even after surrendering to the Soviet authorities. During 11 years of captivity, though subject to physical threats and pressures he remained uncompromised on his positions and even envisaged regaining Western Armenian land at a time when Soviet Army was planning to intervene in Turkey immediately after the WWII.

The author of the book underlines the political and strategic genius of Garegin Njdeh as one of the most prominent figures of international strategic and ideological thought in the first half of the 20th century.

You can reach Historian Rafael Hambardzoumyan at this e-mail.

1. The morally depraved can also voice noble principles.
2. Life is constant and endless renewal. Only the morally irresponsible refuse to understand this.
3. Without renewal, a nation dies every hour, every minute. Our political parties either don't understand this or they have no desire to understand it.
4. A nation that fails to do what it can and must do has no right to expect foreign assistance.
5. Nations that are unwilling to defend their own interests condemn themselves to death.
6. When dealing with foreign powers and issues, our press adopts a permissive, forgiving, and subservient tone. With our own internal problems, however, it becomes arrogant, vindictive, vicious.
7. Life is endless renewal. Where there is no renewal there will be spiritual paralysis and a slow death.
8. It is the height of ignorance for a political party to think that it can deny the value of morality in its own conduct and maintain moral integrity within its ranks.
9. To struggle in defense of what is right is not a calamity but a blessing.
10. Undermining the morality of a nation amounts to undermining its strength.

Garegin Njdeh (Nzhdeh; Armenian: Գարեգին Նժդեհ, real name: Garegin Ter-Harutiunian, 1 January 1886 – late 1955) was an Armenian statesman, military, and political thinker, native of Nakhchivan. A member of the Dashnak party, he was involved in revolutionary activities in Armenia, Bulgaria and Russia.

In 1912, together with General Andranik Ozanian he formed an Armenian battalion to fight against the Turks in the Balkan war. Later, moving back to Armenia, Njdeh commanded different military units. He played a key role in organizing the defense of Karakilis (today Vanadzor) in 1918. A convinced Anti-Bolshevik, he led the defense of Zangezur in 1921. The movement was marked with the expulsion of region's local Azeri minority.

Following the declaration of independence of Republic of the Mountainous Armenia from Soviet Armenia, he was proclaimed Prime-Minister and Minister of Defense. He fled Armenia after the triumph of Bolsheviks, and was involved in patriotic activities in Iran, Turkey, Bulgaria and United States.