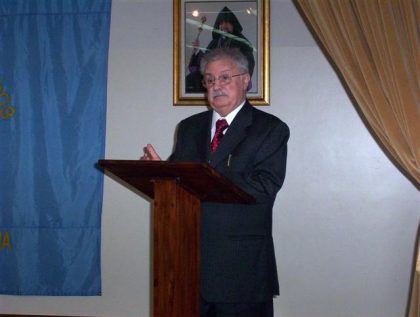 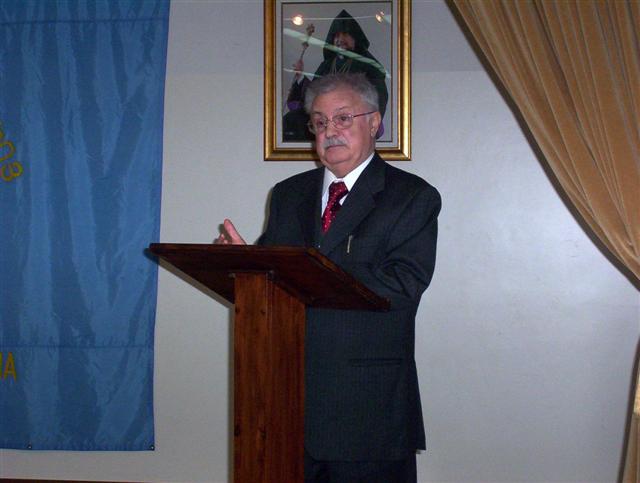 The Student Union and the management of the Theological Seminary organized on 7th December 2007, in the Seminary premises (Bikfaya, Lebanon), an event dedicated to the Armenian Language. The event featured a lecture by Lebanese-Armenian intellectual and former Seminary student Bebo Simonian and a cultural program.
?
In his opening remarks, Deacon Mihran Balkevorkian said: ?The Armenian Language has been the home of the Armenian Man. The home of those Armenians, who have wanted, struggled and succeeded in keeping it intact forever.? Deacon Mihran then presented the lecturer with a brief biographical account.
?
Deacon Michael Tashdjian then read sections of Catholicos Aram I?s Encyclical on the Year of the Armenian Language. A cultural program followed, featuring Seminary student Harout Shekherdemian, who recited Khatchig Tashdents?s poem entitled ?Armenian?. Seminary student sub-deacon Apraham Ashekian read opinions by Armenian and foreign intellectuals on the Armenian language.
?
The speaker of the event, Bebo Simonian, gratefully remembered his experiences as a Seminary student, which had an important impact on his spiritual-intellectual formation.
?
?The Armenian language is the symbol of our national identity and belonging,? he said and continued: ?We witness the important role the Armenian language has played in Armenian history for the sake of our persistence and progress. We have sometimes not had a fatherland, we have been away from our homeland, but the Armenian Language has been the factor that has replaced the Homeland and facilitated our struggle for persistence.?
?
Mr. Simonian spoke about the origins of the Armenian language, the phases of its development and its unique characteristics. Concluding the lecture, he quoted Khatchadour Apovian?s words, considering them a special legacy to the Seminary students: ?I say to you, you the new generations of Armenians? learn ten languages, but keep your language, your faith strong.?
?
The Dean of the Seminary V. Rev. Shahe Panossian concluded the event. He thanked the guest lecturer, saying: ?despite the unfavorable weather, you accepted the invitation and true to your deep love towards the Seminary and the Armenian Language I particular, you came to the Seminary and shared your thoughts with us.? The Dean then called on the Seminary students to carefully use the Armenian language and love them more than all the languages in the world. He advised them to pay attention to their use of the purity of the spoken language and vocabulary.
?
The event had a profound influence on the spirit and heart of each Seminary student.
?
Source: Newsletter of Catholicosate of Cilicia
Issue Number 129/07, 15 December 2007???????
Website: www.cathcil.org
?
Photo: Bebo Simonian delivering his lecture in the Theological Seminary, Bikfaya
?
Armenian text (PDF format)
?