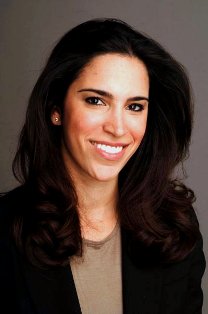 “Deeply Syria” continues to track the ongoing conflict in Syria (now almost 700 days). This week it has launched a special initiative called “Teach Syria“, helping teachers in explaining the situation in Syria to students. The project is a bridge between the classroom and the newsroom and serves in educating students about the World.

The second highlight of this week's digest is a photo report by Nicole Tung in the Aleppo neighbourhood of Al Sha'ar.

Syrian journalist Abu Leila (pen name) continues to write from social perspective. This time he looks at the social divides among the Syrians in Lebanon.

Selected writings include an article by Mark Katz in which an effort is made to explain why Moscow supports the Assad regime.

“Deeply Syria” is founded by Lara Setrakian as a news platform focusing on Syria and the wider Middle East region. Explaining the reasoning behind the introduction of “Syria Deeply” Setrakian says:

“I built Syria Deeply because I myself struggled to keep track of what was happening in this war, and I knew my audience was having the same problem. A year ago, Syria was in and out of the headlines, many days buried on page 3 of the newspaper, if anywhere at all. Readers and viewers saw it as a chronic issue and struggled to comprehend the different aspects of this complex conflict. This fueled a building frustration and story fatigue, motivating me to think of how we could systemically change the way we see this story” (Foreign Policy, 25 January 2013).

Setrakian believes that the platform “will evolve in form and function, as our vision for what foreign news coverage can be in the digital age grows”.

There is also a personal side of Lara Setrakian's involvement in Middle East affairs. On this she elaborates saying that, “like all passion projects, there's an element of Syria Deeply that is personal. My family is from the Middle East, Armenians who were displaced from their homes a hundred years ago. Back then, scores of Armenian refugees walked barefoot across the border into Syria ? the opposite direction they?re moving in now. And back then, it was the people of Syria who took them in. After a few more decades of moving around the region, my family made it to America. But I imagine that in a parallel universe, we might still be living in the old country. I might have been born in Aleppo”.