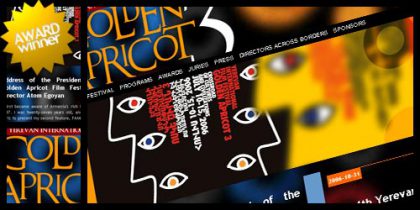 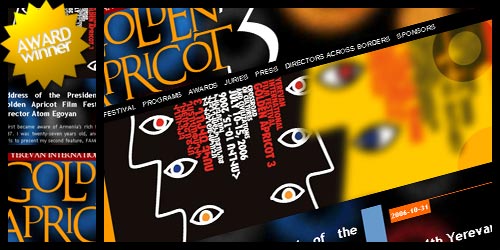 Indian film director Ramchandra PN, a participant of the Golden Apricot (Voske Tsiran) 4th international film festival, visits Armenia for the first time. As he characterized, Armenians are wonderful, smiling, hospitable and friendly people. “This country has a wonderful territory. And when I got off the plane, I was fascinated by the marvelous view in front of me, the biblical Mount Ararat,” the Indian film director shared his impressions with Noyan Tapan correspondent.
?
Ramchandra PN is just getting acquainted with the Armenian culture, but he knows that Armenians have Parajanov, who is known by its unique philosophical films in cinematography: “I have already purchased some of his films.”
?
The Indian film director is convinced that Armenia and India are among countries having the oldest cultures, and it will be good “if we unite and shoot films together, as the film directors of both countries have this potential.”
?
The film “The Cleansing Rites” is the film director's first feature film. It is included in the international fiction films contest program of the Golden Apricot film festival. In the film he has touched upon the family rites and customs of all religious communities living in India. These rites are gradually disappearing and consigned to oblivion. And the way of that oblivion, in the film director's words, is full of clashes and problems.
?
Source: “Noyan Tapan”, 12 July 2007
http://www.nt.am/news.php

ADDITIONAL READING
?
Whether We Really Need “Golden Apricot”
?
The fourth international film festival “Golden Apricot” prompts us about the futility of the existence. Had a similar event taken place in our reality around 20 years back it would have definitely been a real event in our social life, while nowadays it is an imperceptible and unremarkable event.
?
Those who are ex-officio obliged to fulfill their duties they did so, the other part of the society is quite indifferent towards it.
?
Of course it has an external reason as well.
?
During the Soviet times festival movies were windows towards the great and prohibited world. People used to attack the movie halls to watch these movies with half an eye. Whilst the demand of the prohibited fruit was manifested not only in cinematography but also in the markets, where the cost of one pair of jeans was equal to one-month salary.
?
In the everyday mythology of that period it was considered a ?different kingdom? an island of dreams. Today nothing is left from that pure and bright conviction. Not because our reality seems perfect, but because people understand that anything can happen in the ?island of the dreams?. This is the external reason of the indifference towards ?Golden Apricot?, but there is a very important internal reason as well.
?
The international jury, formed in a hurried manner introduced names quite unheard of. Probably these people where also surprised to receive invitations. During the days of the festival there was a feeling of shame for the extremely weak and bad competition. With the persistency typical of the fox that complains about the quality of the fruit when it fails to reach for it, they were trying to clarify the principle of the festival saying that they put emphasis on the young film-producers and films produced by the authors. Probably world-famous masters who also expressed desire to participate in the ?Golden Apricot? were given the same explanation.
?
The organization failings, old-fashioned techniques, the jury, the empty halls, the self-admiration and pathos of the organizers, the complaints about lack of money, all this was very shameful. By the way most of this money belongs to us taxpayers. What do they spend it on? And who benefits?. Most probably they want to mislead the authorities regarding the place of the ?Golden Apricot? on the world film map. And this place is usually characterized by a word that is not proper to be published in the newspaper.
?
We don't appeal to radical measures such as cancelling ?Golden Apricot?. But let us think about protecting the festival from shame. They simply don't want to bring proper movies and provide a proper level, even in case their financial means provide this opportunity. So why do we need to hold festivals every year, in case when neither films nor stars want to visit us. Let's find other ways.
?
Of course it is a pleasant and helpful job to be among the organizers of International Film Festival. It brings money, foreign tours, respect and good contacts.
?
Source: ?Hayots Ashkharh? newspaper, 14 July 2007 (with adjustments)