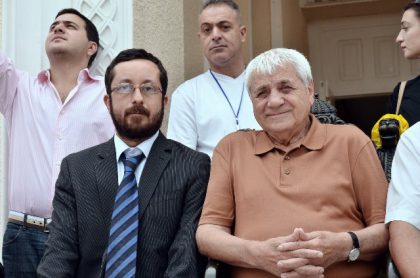 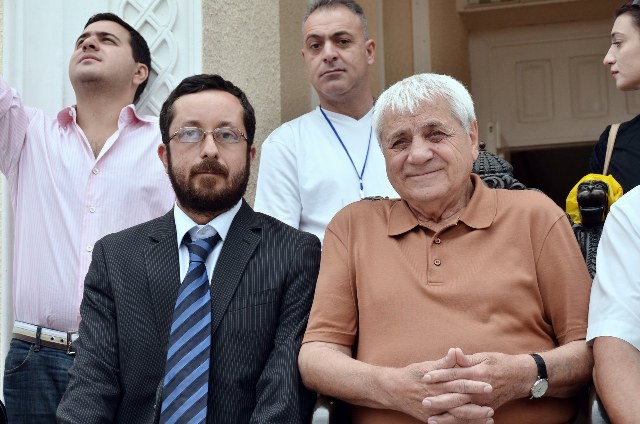 Djivan Gasparyan: Armenian soul at the Crossroads of Culture

I'm staggered  to see the beauty of the Uzbek culture, says Gasparyan

By Georgiy Saakov, Editor-in-Chief of the “Depi Apaga” (Towards Future) Uzbekistan Armenians magazine

Report published in collaboration with Azad-Hye

On the eve of the 20th Anniversary of Uzbekistan's Independence Samarkand warmly welcomed the participants of the eighth Sharq Taronalari (Oriental Melodies) international music festival sustained by the President Islam Karimov.

The capital of the ancient Sogdian state Samarkand had rough, often dramatic and brilliant history. Having prospered from its location on the trade route of the Great Silk Road, one of the greatest cities of Central Asia accepted and preserved its relevant original culture and architecture.

As an honorable guest on the President's invitation there had been Djivan Gasparyan.

Bibi-Khanym Mosque, Gur-Emir Mausoleum, Shahi-Zinda necropolis, Madrasa of Ulugh Beg and other monuments vividly impressed the Armenian musician. During his tour around the city Varpet (Master) had a deep effect, seeing the amazing masterpieces, created by the artisans and the craftsmen of the remote past. “I'm staggered to see the beauty of the Uzbek culture. The world-famous Samarkand has been a rich city by its remarkably and distinctively talented people”.

For five days the unique Registan historical square held the majestic view of the world music amphitheater. Surrounded by the magnificent blue domes  and towers  at the background more than 300 musicians from different parts of the globe performed there wonderful music and sounds  based on nearly all known folk vocal, instrumental and dance traditional art.

The tense schedule of staying at the Crossroads of Culture included not only the festival program and the sightseeing.

The Artist did not hesitate to appear in another event. He initiated meeting the members of the local Armenian community. 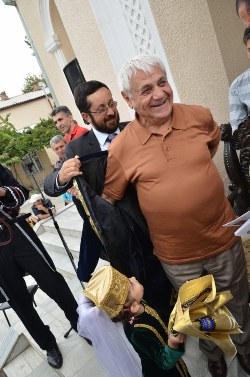 The Samarkand Saint Virgin Armenian Church yard quickly became occupied by the enthusiastic crowds. Several hundreds attendees were pleased to greet their prominent compatriot, who charmed the audience on the occasion with his extremely friendly personality.

That meeting was held in the warm easy atmosphere, in the brotherhood traditions. Following the Uzbek tradition, Armen Ter Avanesyan, the Chairman of the “Luys” (Light) Samarkand Armenian Cultural Centre, put on the dear guest the abundantly decorated chaphan (traditional oriental gown). The extempore performance was held there with the local Nairi dance group participation and certainly with Djivan Gasparyan Jr, who represented Armenia in the festival program.

Maestro Djivan, dear for audience, delighted and full of bright impressions, was obviously the star of the performance.

How could the six years old boy, who started playing duduk in his homeland Hrasdan  Solag village, Armenia, ever imagine, that many years later he would become the world known Master of the ancient  double reed Armenian woodwind instrument? Music was in his heart right from the beginning. He passed a long way in his personal musical formation, was enchanted with the Armenian folk music and remained faithful to this genre until today.

During 65 years of his professional career the owner of the brand-like name visited many countries and despite his advanced age, maestro (82) has still been participating in numerous musical events, receiving the highest praises.

It's hard to identify a good dozen of the Hollywood Oscar Prize awarded works without his masterful performing. He collaborated with Hans Zimmer for the Gladiator soundtrack and received the American Golden Globe award in 2001. He has won four medals at UNESCO worldwide competitions (1959, 1962, 1973, and 1980) and in 2002 he received the WOMEX (World Music Expo) Lifetime Achievement Award. The recent “EXPERT online” issue called him number one among the most famous and successful world ethnic musicians.

He declares, “Old melodies is undying spirit of our nation, they have deep historical roots. How may we lose them?” He has not only been tenderly preserving these melodies that survived since the ancient time. Nowadays he is also much involved in transferring his great experience and knowledge to the new generation of the duduk performers all over the world.

“I'm planning to set the school to teach the unprivileged and orphaned children”, says the musician.

Having once heard his duduk, William Saroyan said, “That's not instrumental music. It's like a praying”. There is no other better definition.

His achievements are an enormous source of pride not only for the Armenians.  The hearts and minds of millions people, despite their racial and cultural identification, are set to be fascinated by his music born by the oboe-like instrument, made of an apricot tree. Always hurrying, at any rate tumbled by the wars, suffering and surviving after conflicts, crises and disasters, really smart intellectuals and those who are fond of pop tasteless culture, they all find something important in his music, boundless in time and space.

At the gathering in the community he was attentively listening to his grandson's every sound and the enjoyment was seen on his face. The very promising musician with his gifted sweet playing not by chance was named after his famous granddad.

The 28-years old Djivan Gasparyan Jr has been performing duduk since he was eight. He is the winner of the musical contest, named after Djivan Gasparyan and organized the Armenian Union of Russian Federation. For 7 years he has been the head of the VIZA band. That's a project set by Serj Tankian and Djivan Gasparyan Jr has recently taken part at the concert, held by the System of a Down  ex-singer in Yerevan. The legendary Varpet is sure that his grandson is very talented. “From a young age he has been around music. Duduk, as the Armenian soul, has raised tremendous impact upon him and he worked very hard while  learning to express his feelings through this instrument”.

The Armenian musicians' perform at the Samarkand festival was noticed with the special UNESCO award.

The interest to the Sharq Taronalari has been rising. In 1997 it was held for the first time and the musicians from 31 countries took part there. This year the amount of the participants increased to 56.

Since then many dignitaries, prominent artists and musicians from around the globe are recalled to immerse Samarkand into the Grand International cultural event. Another honorable guest, Charles Aznavour, visited it in 2005. There was also a memorable meeting at the Armenian community. More than 600 people attended then to pay homage to one of the world's most successful musicians.

With their own charisma Djivan Gasparyan and Charles Aznavour are legendary, very individual and special, though they have a lot in common. They both being purely talented and genius, recognized for the lifetime achievements, for many years have had their own place on the world musical stage.

Their music has bridged two centuries and countless international boundaries and they are still creative and have the strength to do more.

Yet they are focused on national identity and spiritual heritage while being one hundred percent Armenians and one hundred percent world citizens, elevate humanitarian efforts in Armenia and elsewhere and stay in the forefront advocating for Armenian causes.

These are the principles that guide our beloved compatriots throughout their lives. That's why the communication with these admirable men of great integrity is still unforgettable for the Samarkand Armenians.

In fact the Samarkand festival not only aims to develop national music, promotes musical heritage and traditions of the peoples of the world and brings them closer through art. Its significance is also in helping the Armenians of Diaspora make real contacts and representing the feelings of admiration for their famous, honorable and uniquely beloved worldwide compatriots. Unfortunately, the festivals take place only once two years for such contacts encourage people of the community, warm and let them keep close to their national roots for as long as possible. 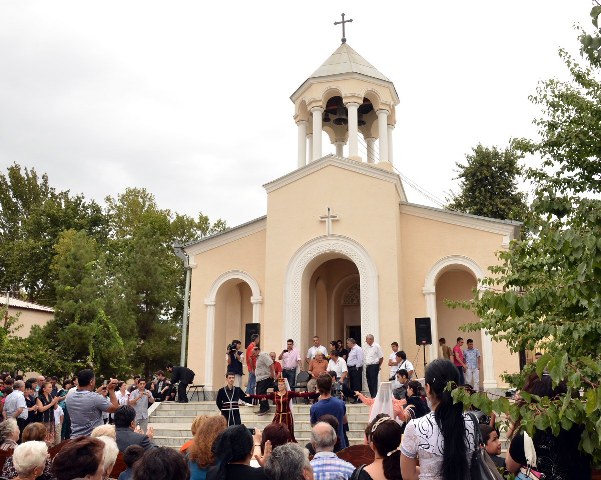