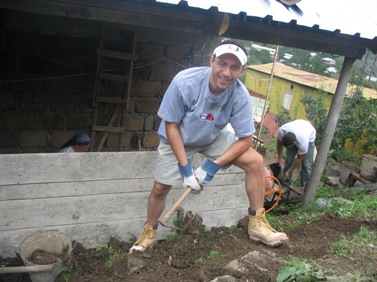 The “Fuller Center Armenia” is a non-government charitable organization in Armenia. Its mission statement says that it “supports community development in the Republic of Armenia by assisting in building and renovating simple, decent and affordable homes, as well as advocating the right to decent shelter as a matter of conscience and action”.

We know that the housing needs of Armenia are big. Since its registration in Armenia in 2008 how many families were benefited from the Fuller Center Armenia?

We assisted 136 families (to complete their half build or renovate their homes or build a new one in Vanadzor with new technology/styrofoam) and homes of 25 families are on the process.

Is the Center affiliated to non-Armenian organization abroad?

Yes, the Fuller Center Armenia is a covenant partner of Fuller Center for Housing, Inc established in the spring of 2005 in USA by Millard Fuller, founder and president of Habitat for Humanity.

How difficult has been to find donors and benefactors and who does this work?

It's been difficult for two primary reasons: The Fuller Center is not as well known as Habitat for Humanity as it is new. Building a brand name takes some time, second- the start of Fuller Center was right on time of economic crisis. On the second page of the FCHA 2009-2010 review you will find chart of income and expenses, where it is shown the source of the funds for last year.

In what geographical regions the Center is mostly active?

We have two offices in Yerevan and Vanadzor. We had another office in Yeghegnadzor, but effective from 2010 fall we had to stop building in Yeghegnadzor region as the funds were short.

An important part of the involvement is through volunteer work from abroad. How the Center is managing to reach to different Armenian communities abroad to attract volunteers and what are the results thus far?

The fact that our team was working in the past with Habitat raised awareness within Armenian communities. A number of people took team leader trainings and led teams to Armenia from 2002-2005. Many of these team leaders joined us. Fuller Center helps Team Leaders by preparing PR materials (on our web site, volunteer link and on youtube), posting dates on our web site and on FCH web site in USA and on different online websites both Armenian and non Armenian (to create volunteer interest). Word of mouth also is an effective method of informing the public about our work. We also invite groups or individuals for a day or two (see “Fuller Center for daily groups” announcement). This file/info was published on Alik (Iranian Armenian online news) and sent to some churches. From next week I will send it to more groups, even I collected some international school address from Europe and will suggest them to get involved with us.

As about the results: In just 10 short years our community efforts which began with Habitat Humanity and grew to our own affiliation with Fuller Center Armenia, we've seen 10 times growth in number of teams we've hosted.  During this period we were able to host both local and global volunteers enabling us to deliver homes to 136 families.

How can we involve Armenians in UAE in FCA activities?

Armenians in UAE can get involved through joining a team to build homes in our homeland or by providing a generous donation on the Fuller Center website. All donations go directly to families as Fuller Center is a Non-Profit Organization.

Announcement: Opportunity for Tour Groups visiting Armenia, April ? October 2011
Great opportunity for groups of 8- 25 people (over the age of 14). Spend a day using your hands to help a family in housing need and have fun doing it! 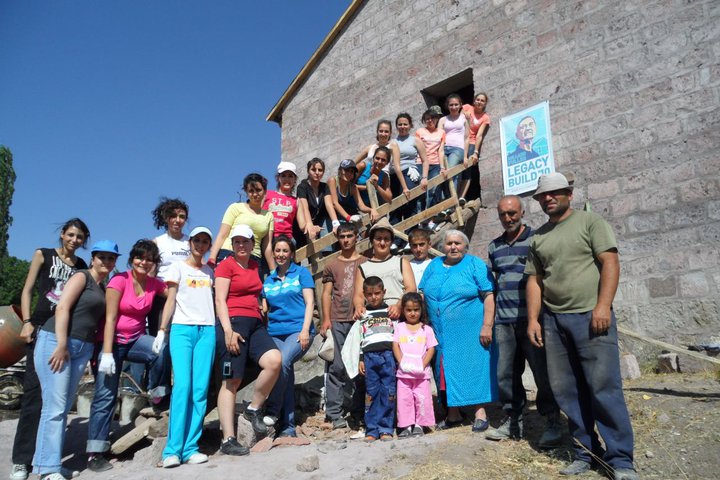