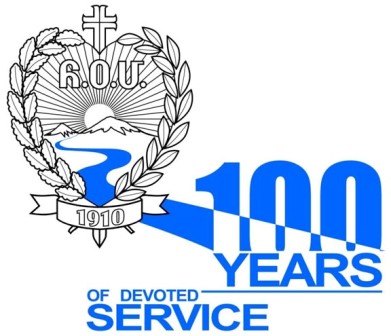 In order to provide financial assistance to Armenian schools in Syria, the Armenian Relief Society's (ARS) Central Executive Board announced the formation of the “Fund for Assistance to Syrian-Armenian Schools”.

“There is no doubt,” declared ARS Central Executive Board Member, Mrs. Zepure E. Reisian, “that the unfortunate incidents unraveling in Syria have disrupted the community's normal course of life. The ARS Central Executive Board believes that securing the undisturbed continuity of school life is the best guarantee of maintaining the normalcy of daily existence for Armenian youngsters.”

As further explanation of the nature of the Fund, Mrs. Vicky Marashlian, Chairperson of the ARS Central Executive Board, noted that a while back the Society recognized that, as a consequence of the events in Syria, the Armenian Community may suffer social and financial instability. After deliberation, the Central Executive Board concluded that the best approach for the ARS would be to concentrate on helping the Syrian-Armenian schools by allotting funds for “tuitions to needy students”, thus alleviating both the financial burden on needy Syrian-Armenian families, and, at the same time, promoting the continuity of the educational mission of the schools.

“The decision of the Central Executive Board to come up with such a Fund is indeed laudable,” stated Ms. Anna Der Hagopian, Chairperson of ARS/Syria. “The economic crisis battering the country has inevitably affected the Armenian community as well, and the number of families and scholarship recipients receiving aid from the ARS/Syria social services has doubled over the past year. We are confident that until next September, the ARS family will make every possible effort to assist to the maximum the Syrian-Armenian educational institutions, thus helping the community itself. We have no doubt, also, that Armenian communities worldwide, alongside the global ARS entities, will come to our assistance in other needs as they arise until we finally come out of this crisis,” concluded Ms. Der Hagopian.

Donations may be made to the “Fund for Assistance to Syrian-Armenian Schools” through all ARS local chapters and Regional offices, as well as online. All proceeds will be sent to the ARS/Syria Regional Executive for distribution to Syrian/Armenian schools, in order to alleviate the financial burden on the shoulders of the Syrian-Armenian parents.

Newer PostArmenian chapel will be Stockholm's 192nd historic building
Older PostArmenians in Egypt: Dwindling yet resilient in a country in turmoil