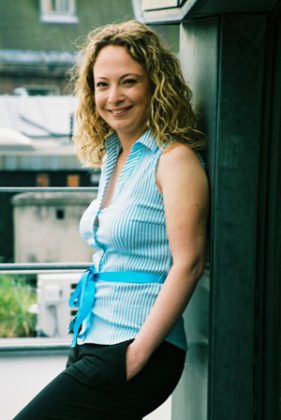 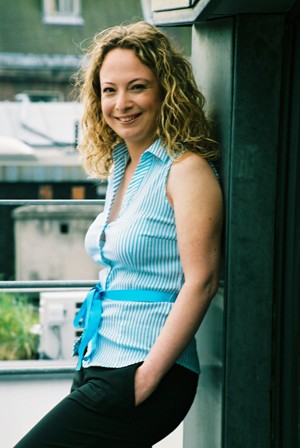 Doctor Gacia Boyadjian is an Armenian from Lebanon. At an early age she moved to Jordan with her parents, where she grew up and obtained her bachelors degree in Chemical Engineering. Besides her engineering studies, she performed in various theatre productions in Jordan and abroad. In TV she appeared as an actress and presenter in [email protected] a Jordanian program on Democracy and Human Rights issues. She has a master's degree in Process Design and a Ph.D. in Heterogeneous Catalysis from the University of Twente, in the Netherlands. Currently she lives in Germany and works for BASF-The Chemical Company as a research scientist in Petrochemical Catalysts. Besides her job as a researcher, she has a passion for film making and is nowadays occupied with the making of a documentary movie in which the challenges of women scientists will be highlighted.

Azad-Hye had the following interview with Gacia Boyadjian:

“Women in science” is the subject of your documentary film. How did the idea come up and how can we consider it unique compared to other documentaries that deal with the subject?

The idea elaborated from a mere interest in self expression and to visually reflect my PhD experience. Beside my scientific research in the field of Heterogeneous Catalysis, I have always shown special inclination towards all that is related to visual media (movies and documentaries). When discussing my idea with two of my fellow friend researchers, at my former university (The University of Twente in the Netherlands), we thought it will be more interesting to broaden the topic from self expression into a documentary, highlighting the experience of young female researchers, their topics, personal interests/hobbies, ambitions etc? These experiences will be discussed in the context of female scientists, their challenges and differences compared to their male colleagues.

You are a chemist by profession. Do you feel that the life of a woman scientist has not been well understood? How can it be different than male a scientist?

There is always the question about the reasons behind the decreased number of female scientists, compared to the number of PhD graduates, who choose to continue with the scientific research career either in academia or industry. We would like to research this point further and hopefully present in the documentary real examples of female scientists clearly explaining the decisive factors in their career choices. According to some latest research, 60% of academic degrees are obtained by women, however only 10% of those go further with their careers, to executive positions such as board members of companies.

There definitely are differences between female and male scientists in their approach in science, methodology at work etc. In fact, studies have shown that women have more neural connections between the left and right parts of their brain, which is correlated with intuition. Are women more intuitive then men? Perhaps! We believe that our heroines will be able to highlight the characteristics of a female scientist.

You are collaborating with other two women scientists to come up with this documentary. Are you capable of taking care of the technical, administrative and distribution aspects of producing a documentary movie yourself or you are depending on third party services?

We do not have a third party or sponsor yet. My project partners and I have followed workshops for film making, hence we can handle the technical part ourselves to a certain extent. However, at some point we will need a producer to assist us in both production and post production steps of the documentary. Our goal is to produce a high quality documentary and to screen the film in a documentary film festival and reach a broader audience. We also have the option of distributing the documentary in special European forums or institutions which promote research, and fund young female PhD students.

Do you believe the movie is useful for women from developing countries where research opportunities are limited even for male scientists?

My answer would be, definitely yes. In general, young graduates of developing countries seeking opportunities for higher education tend to travel abroad to Europe or the USA for example, to pursue a higher education. In such a case, women from developing countries, due to social constraints, usually have more restrictions to travel abroad for education or even later in pursuing a scientific career. I believe social backgrounds and traditions both play an influential role in the choices a female scientist makes at different stages of her career, and these differ geographically. Therefore, it is very important that the documentary exposes the light on female scientists of diverse social backgrounds and the consequences of the latter, if any, on their career paths.

Balancing personal life with scientific career is one of the biggest challenges of a female scientist and a decisive factor in her selection of career paths. We tend, thus, to present in the documentary different examples and diverse experiences. We would also like to explore the reasons behind the decreased number of females in advanced executive positions either in academia or industry. Which factors play a role? Personal choices, social beliefs, or is it a consequence of male dominated system which does not allow for the development of females into executive positions. If that is the case, what changes are necessary and more importantly possible to introduce?

You have been active in a Jordanian TV youth program on democracy and human rights issues long before these topics became on the everyday news. Did you or any other friends working with you expect what has happened in Tunisia, Egypt and the region? How do you evaluate these changes?

What I am sure of that there has always been in the Middle East the need for freedom of expression and the constant wish for free election systems and representatives. The act of revolution is not new to the region. The people of Egypt, Tunisia, Jordan, Syria and the Middle East in general have known revolutions back in history when they had to free their countries from western powers. However, the new in this revolution is that citizens are rebelling against their own governors. And since we are speaking of movies, I can give the name of the movie called “The Battle of Algiers”, the Algerian uprising against the French colonialist government. These changes that we observe today are a must. However it is not an encouraging sign to see leaders choosing to apply force against the wishes of reform and modernization of their own citizens. The most important thing now is to keep the revolution?s spirit to bring the necessary social and economic changes.

Being originally from Lebanon, do you consider that the Lebanese political system has room for development and how can this affect the roles of individual citizens and women in particular?

In my opinion, and I am not an expert in politics, the Lebanese political system would improve by attracting educated Lebanese minds and accommodating the right people in the right places. In my immediate surroundings I every day come upon wonderfully bright Lebanese youth and professionals, who just like me, have left the country. I am most sure that if the Lebanese system, the government, could give incentives to these people, they will give all their expertise and knowledge back to the country. Politicians should focus their interests on the development of their respective ministries and their functions in providing immediate solutions to years long existing problems. For example the shortage in power generation and electricity supply in all regions of Lebanon. We need drastic changes in the infrastructure of the country ? a simple example is to use the Lebanese burning sun and the miles long seashore to generate electricity and power. The city of Beirut is day by day more crowded then ever before, mainly due to an increase in number of vehicles and uncontrolled construction of buildings and residences. These are only examples and the list is even longer. Women in Lebanon, the most liberal Arab country, have to be more respected, no matter which community they belong to; be given incentives to work and raise a family. Women in the Arab world could be a huge source of energy and development, if only put to work.

Are you in communication with women activists in Armenia? Are you aware about topics of current concern in Armenia on human rights, gender rights, human trafficking, environmental concerns, etc. Which one grabs most of your attention, in relation to Armenia?

Well, I still have not visited Armenia, and no, am not in communication with other women in Armenia. Of course I follow the news and am relatively well aware of the issues in the country. To start with, besides the big national issues, I would like to see the National Assembly give the signal for change and have more female representation on the election lists and the government. This would be one of the best ways to start a so-called gender revolution in the Armenian society, which is a conservative one, in regard to women. Unfortunately the domestic violence against women is ever present, but a taboo to talk about. An example is the recent case of Zaruhi Petrosyan which forced the Armenian Diaspora and the people of Armenia well aware about the problem of abusing women within families, and created a momentum against these practices. Let?s hope that we will be able to overcome those challenges, and we, the Diaspora, have lots to do in that sense, and am very pleased in seeing Armenian Diasporan youth involved in such matters in Armenia. As a “double diasporan”, if I may use this term regarding my Armenian and Lebanese background, I know certainly that we can help our countries in our respective fields and interests.

Coming back to your documentary, are you confident that you will be able to secure funding? What are the possibilities in front of you in terms of funding?

This is our handicap now and we have a very limited knowledge about methodologies in finding a sponsor. However, I believe it is still a long process to reach there. At the moment we need to continue with our research on the topic and on the selection of the interviewees. Those who are interested in providing any support for making the documentary are welcome to contact me. I am sure that at the end a good script on such a subject can promote itself. I am optimistic that we will find the resources and promote the subject.

Gacia Boaydjian was recently married to Bedo Demirdjian. Azad-Hye congratulates her on this occasion and would like to get more feedback in the future about balancing between personal life and scientific career from the perspective of a female scientist.