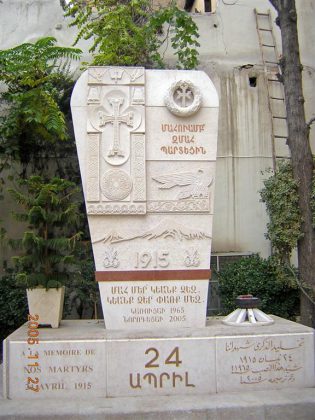 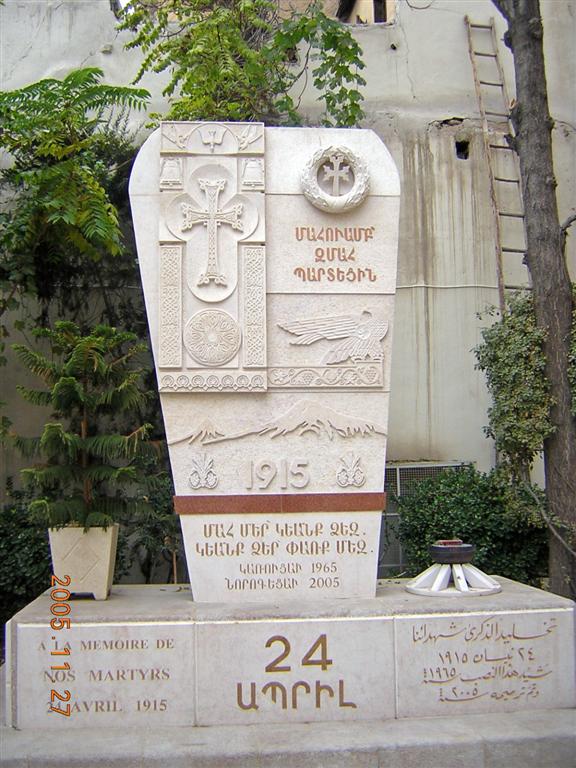 Following is a list of announcements, links and informative material related to the commemoration of the 91st anniversary of the Armenian Genocide

“The Armenian Genocide” by Andrew Goldberg


the whole documentary can be watched here:

Copy and paste the link to your browser

MSNBC has started a new survey on the PBS panel on the Armenian Genocide.

Remember, the Armenian Genocide is a FACT, there is no need for a “panel” to prove its validity!

Please vote NO and forward this message to everyone on your e-mail list.

Please pass this on to your friends.

Please sign the 1,500,000 Signatures Petition and forward it to your friends:

In the history of the Internet, no such number of signatures were gathered. Our goal is to collect 1,500,000 signatures, same number of the Armenians who lost their lives during the Genocide.

Once we achieve our goal, the petition will be sent to the United Nations, the countries that still didn't recognize the Genocide and all kind of major Human Rights organizations in the world.

To achieve our goal we need a huge campaign, so please sign the petition and promote it…?

From the ?Armenian National Committee of Toronto” (anc[email protected]):

Recently TVO has announced that it too will be airing the Andrew Goldberg documentary on April 12, 2006 at 10:00pm and once again on April 16th at 12:00 midnight.

Unfortunately, TVO has received many letters, email, and phone calls from individuals to stop the airing of the documentary. With over a hundred complaint letters, the station is having second thoughts.

We have witnessed the power of unifying for a cause and how timely responses, letters from viewers and citizens of the world can have an effect on events.

It is very important in this pressing time, to write a letter of appreciation and encouragement to TVO commending them on their decision to air the documentary.

We strongly encourage you to take action by visiting our web site www.armenian.ca and fill out the online form.

Please spread the word around by forwarding this to your friends.

If you are against the debating of the Armenian Genocide with Genocide deniers and giving deniers equal air time, you are invited to sign the following:

Sign the Petition : Ask PBS not to give airtime?to the Armenian Genocide Deniers!

Please pass to your friends

On the eve of a new anniversary of the Armenian Genocide perpetrated by we especially invite you to express your very valuable support of our beloved Republics of Armenia and Artsakh (Nagorno-Karabagh) through www.armeniaforever.ian.cc and?forward our link to your contacts.

We need the largest number of people showing the world our will to support and Karabagh.??We have about 2100 signature so far, please do your part to send this info to friends and?family.

We look forward to receiving your decisive support,

Locate Worldwide?Armenian Genocide Commemoration Events in your area and GET INVOLVED!

A document listing a number of the perpetrators of the Armenian Genocide “recycled” by later Turkish governments:


Recently a short documentary was aired on Orhan Pamuk and the Armenian Genocide on Australian Public Television. It can now be watched online by clicking the following link:

(Copy & paste?the above link to OPEN URL option under FILE in your Windows Media Player, in case it does not open automatically).?

Newer PostExercising the right of electing and being elected in Cyprus
Older PostTamar Goregian: “Iraqi Queen of Beauty”