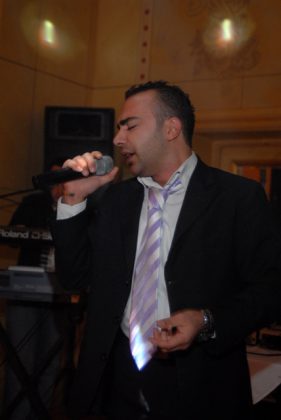 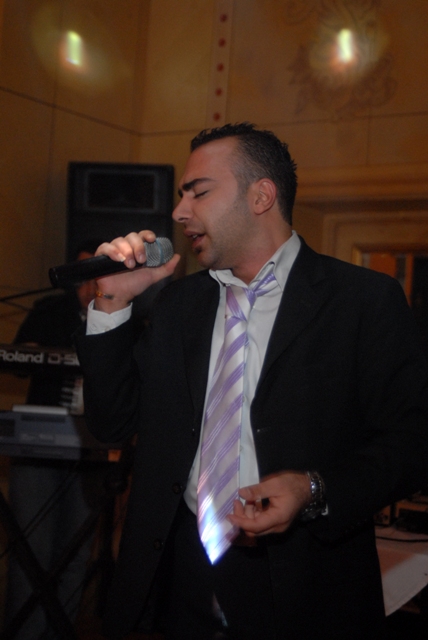 Singer Georgig Chirishian was born in Aleppo, Syria in 1983. He started his singing career at an early age.

Azad-Hye had the following interview with him.

Can you tell us about your first steps?

I joined Karoun Choir when I was 13 years old. Maestro and composer Boghos Abadjian and Berj Kassis (Yeretsian) helped me to develop my capabilities. Few months later I formed my first band named Artsakank (Echo), with the active contribution of Nareg Abadjian, Maestro Abadjian?s son. In the meantime I continued my studies.

When did you understand that you are already part of the Aleppo entertainment business?

From 1996 to 1999 I had the chance to be part of a big music performance band called Peace. Dozens of artists were involved in this project, most of them did patriotic and spiritual songs. The environment was healthy and most of them, including myself, could reach to certain levels of achievement in the musical field. In the year 2000, I signed my first official contract with a quality restaurant in Aleppo and felt that I was already part of this amazing world.

When Ramaya came into the picture?

In 2004 I formed a band named Ramaya. Of course, it took very hard work to reach to what is Ramaya today. The interesting thing in this band is that the chemistry between the five elements of the band (Myself as vocal, Varant as bass, Yeghia on drums, Norayr on guitar and Hovo on keyboards) is very strong. As a result we stayed together as one band up to this date.

When did you record your first song?

My first single song Lur Ser (Silent Love) was recorded in 2006 at ?Studio Blue? with Raffi Kantarjian?s arrangements (click here for the song). This song was included in the ?Armenian Tapestry? CD as a selective collection of best Aleppo Armenian performances. The CD was freely distributed with Armenian weekly Kantsasar as a new year gift. It was also uploaded in Azad-Hye.

Can you tell us about your most recent activities?

In 2009 I focused on a new CD album which was circulated under the title Hayasdan (Armenia), arrangements by Hovig Adourian. The work was done in ?Studio Acoustic?. Hovig (or Hovo), by the way, is our keyboardist in the Ramaya band. This year (2010), I recorded my second single song named Tsouyn (Snow), which was included in the new edition of the Armenian Tapestry. This song was done in ?Studio 55? with the arrangements made by Ramaya band and recording mix done by Yeghia Daghlian, who is our drummer.

With the support of everyone we will move forward every year. I count on the support of the fans. I believe they will appreciate my work and continue to provide me and my colleagues with the necessary inspiration, for the progress and flourishing of Armenian musical entertainment. I would like to thank my fans for all their support.