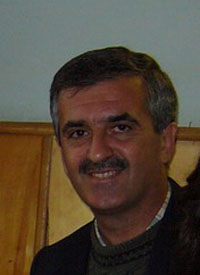 During the lecture he stressed the importance to know the attitude of different nations towards the Armenian Genocide, especially the attitude of the Arab nation, which has old historical and cultural ties with the Armenians, besides the fact that the two nations have similar issues.

Ashjian reviewed the persecution policy of the “Young Turks? towards all subject nations of the Ottoman Empire, especially towards the Armenians and Arabs. He mentioned the names of the Arab governors who refused to carry out state orders to deport and liquidate the Armenian population. As a result of this honorable stance they were either dismissed from office or killed.

The Ottoman Turkish government adopted the policy of starvation against the Arabs in Syria and Lebanon, which left 320 thousand people dead till 1917. This policy also targeted Muslim Syrians, Kurds and Shiites. He noted that Turk officials counted on the Arabs to continue the Turkish genocidal actions against Armenians. However, Arabs aided and protected the survivals. Hussein bin Ali, Sharif of Mecca, who declared “the Great Arab Revolution” in 1916 against the Ottoman yoke, issued the well-known “Decree for Protecting the Armenians” in 1917.

At the end of his lecture, Ashjian highlighted that historical and cultural relations between the two peoples can serve as a base to developed relations in all aspects. He stressed the importance of paying more attention to oriental and Arab studies in Armenia and setting up relations between the young people of the two nations.

He expressed hope that Armenia will set plans with the friendly Arab countries to maintain its national security. Nothing separates Armenia from the Arab states, however, common interests, including strategic interests, unite them.

Newer PostGeorgig Chirishian: I get my inspiration from my fans
Older PostThe sound of footsteps on April 24 in Istanbul