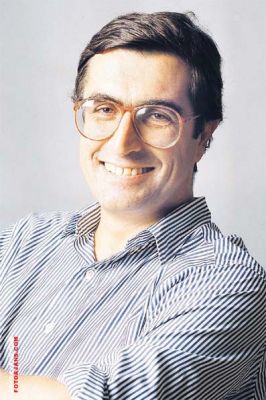 The grandosn of one of the organizers of the Armenian Genocide and journalist of Milliyet Turkish daily Hasan Cemal (photo left), has called to share the pain of the Armenians at both individual and official levels in Turkey.

In an article titled “I share Armenian's pain on April 24“, he expressed the following views:

– Today is April 24. April 24, 1915 is one of the shameful pages of the Ottoman Empire. The Ottoman Armenians living and creating for centuries in Anatolia endured great anguish on the lands they lived; they stood great pains in their own state: they were eradicated, slaughtered and subjected to eventual extinction.

– Some may call it deportation, some a tragedy, some may say genocide, while some may refer to the great disaster. But you cannot deny it.

– Let's first share the Armenian's grief on April 24, let's try to feel their pain in our hearts, let's equally mourn with Armenians.

– In September 2008 I was in Yerevan and visited the memorial complex of the Genocide victims. For a moment I remained alone with my dear Hrant [Dink]. It was Hrant's pain that brought me to the memorial … My ears caught Hrant's voice. 'Let's respect each others pain'.

– It is high time that we share Armenian's April 24 grief both at the individual and the state level. Hrant, my brother, I do share that pain, I miss you, have your rest there,” concludes Further Cemal.

Semih Idiz from Turkish daily Hurriyet referred to Hasan Cemal's article in a note that appeared in Hurriyet's 26 April issue. “What makes Cemal's words important is that he is the grandson of the infamous Cemal Pasha who was implicated in the mass deportations of the Armenians in 1915,” Idiz says and ads: “Last year Cemal, while in Armenia, also met the grandson of the killer of his grandfather, who was gunned down by a vengeance-seeking Armenian nationalist in Tbilisi in July 1922. The meeting was later described by witnesses as “a civilized and highly emotional event.”

On 29 April 2010, Hasan Cemal touched on several taboo subjects in Turkey. His following comment was posted in Milliyet:

The truth will haunt you and you cannot live in a lie. Even while we were studying political science, the state of the republic did not allow us to penetrate into the true historical, social and political fabric of Turkey.

We were even prohibited from touching on such issues as the Kurdish issue, 1915 and Alevism, which have all made an indelible impact on the country. But these prohibitions did not work. This prohibitionist mentality could not prevent these problems from exploding in the 1980s. When the truth was exposed to the light of day, we were very surprised. We realized that there were Kurds, a language called Kurdish and an issue called the Kurdish issue, but it was too late. Democracy, the rule of law and human rights were violated. We have just started to learn that the Ottoman Empire engaged in abhorrent acts against its own Armenian citizens on April 24, 1915. As someone rightly put it: ?Armenians try to prove that they were killed in these lands, while Kurds try to show that they live in these lands.? What happened in the end? Did the truth stay hidden? No. It is a futile effort.