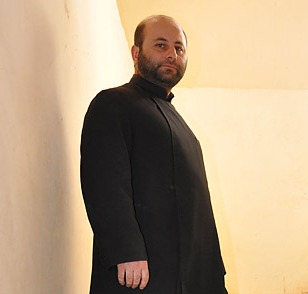 “If Armenians are to be great then they have to pray,” says Father Gabriel Sargsyan. “As long as there is one Armenian left, there will be a church.” Perhaps, but only a handful of the 50 or so Armenians left in Khartoum have turned up for mass ? held in the evening, because Sunday is a working day in the capital of predominantly Muslim Sudan. After the service, the small group sits on the porch of the St. Gregory Armenian Church, sipping sugary coffee and remembering the days when the pews used to be full.

Despite the Khartoum government having 'Islamized' the north of the country through the imposition of Shari'a law, there is no sense of religious persecution here at St. Gregory's. Leaders of the Armenian and the neighboring Ethiopian Orthodox churches say they feel safe in Khartoum, and that the persecution of Catholics and Protestants from southern Sudan is a product of the country's north-south power struggle ? the small Orthodox Christian communities pose no threat to the predominantly Muslim government. “We respect the law of the land and stay out of trouble,” says Eyasu Tadele, an official of Khartoum's Ethiopian Orthodox Church.

The Ethiopian Church, in fact, fares somewhat better than its Armenian neighbor, attracting a flood of worshippers every Sunday. That may be a product of shifting patterns of immigration. Many Armenians came to Sudan as refugees from the mass murder in Turkey that began in 1915, while a second wave of immigrants arrived in the 1950s, seeking opportunities in the newly independent country. St. Gregory's opened its doors in 1957, and at its peak, the congregation was 2,000 strong. But many have since left in search of opportunity in Europe and North America, while the Ethiopian expatriate community in Sudan has steadily grown. “First they were coming because of the political crisis and now because of economic reasons,” says Tadele.

As much as he appreciates the company of his Christian neighbors, Father Gabriel is concerned that several Armenians have married Ethiopian Christians and Copts, producing children who are taught Arabic or Amharic rather than Armenian. “When one person stops speaking Armenian, our Diaspora is lost,” he says. That's why he's working hard to resuscitate the old church school to teach the Armenian language, although with wealthier members of the community having emigrated, he struggles to find the necessary funds. More families are contemplating leaving for fear of a new season of instability as fallout from the international arrest warrant accusing President Omar al-Bashir of war crimes in Darfur. Only a few children remain at the school, but Father Gabriel would be happy to teach even just one student. “Armenia lives through our language,” he says.

One Sudanese Armenian who claims he will never leave is Jeriar Homer Charles Bozadjian, whose family history in Sudan dates back 100 years. Bozadjian runs a restaurant called Big Bite in Khartoum. “I have never seen Armenia,” he says. “Sudan is my home.”

Despite the imposition of Shari'a law, “This is not like Saudi Arabia,” says Wafaa Babikier, who studies Management at Ahfad University for Women in Omdurman city. “Girls have the freedom to do everything.” Not everyone answers the call to prayer; women drive cars and attend co-ed universities; and they outnumber men in many offices and educational institutions. Others, like Alfred Taban, editor of the Khartoum Monitor, demur, warning that behind the facade of tolerance is a more hard-core Islamist outlook. “A foreigner would not notice,” he says. Taban claims to have been whipped for drinking alcohol in a traditional toast at the birth of a relative's son.

But Bozadjian aggressively defends his homeland's plurality. “Sudan is a unique country,” he says. “Muslims helped to build this church.” But others note that many Armenians left Sudan after their properties were confiscated under the radical regime of President Jaafar Nimeiri during the 1970s. Elizabeth Jinjinian, a 70-year-old businesswoman, recalls how the land of the Armenian club was taken away when the community began to shrink, “We used to have many balls, picnics and parties.”

Often tempted to join her sons in London or New York, Jinjinian has stayed on to run her small cosmetics business, which has survived years of war and sanctions. “Exports and imports dried up,” she says. “We had to get goods into the country in suitcases.”

Despite the resilience of many of the community's veterans, the efforts of Father Gabriel to sustain his culture in this corner of the Armenian Diaspora face mounting odds. Indeed, the priest himself is slated to leave soon, because the community no longer has the funds to support him. He hopes someone in the community will step forward to run his school. “If you have a school, your nation is going on,” he says.

The collective memory of the horrors of 1915 may be the most powerful factor in sustaining the community's identity. On the dusty church verandah, Jinjinian animatedly narrates the tale of her mother's escape from Turkey after her grandparents were killed. “She was at the dressmakers so she was saved.” Her tale is well known to the congregants, but everyone listens respectfully as a warm breeze ushers in another hot summer.