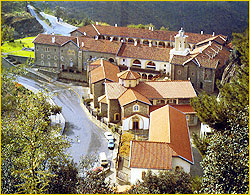 Kykkos Monastery, with the help of the Armenian Church of Cyprus and the Orthodox Metropolis of Lebanon, is coordinating a plan to distribute humanitarian aid to all the areas being bombed by in .

The collection of the humanitarian aid for the victims of the war began on Tuesday (01/08/2006) and will be held at various points in the government controlled areas of by the Department of Humanitarian Aid of the Kykkos Monastery and the Armenian Church of Cyprus.

Nicosia Mayor Michalakis Zambelas and Archimandrite Isaias Kykkotis, in charge of the Kykkos Monastery Humanitarian Missions, inaugurated on Tuesday the first aid collection point at in .

Mahdessian congratulated the Orthodox Church of Cyprus, the mayor and all those who supported the effort, while Macaron thanked the organisers of the campaign to collect humanitarian aid as well as the people and government of for the consistent support they are offering and expressed the hope that peace will soon be restored in his country.

Archimandrite Isaias said that pavilions have bee set up at various points in the government controlled areas of Cyprus and will be open until Saturday (05/08/2006) to receive the aid which will be sent to Lebanon with the help of the UN. 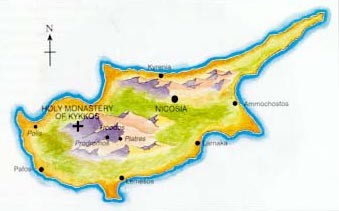 “We hope that with the help of the associates of the Armenian Archbishop in , we will be able to distribute the humanitarian aid in the safest manner” and called on the people to give generously. The products should have an expiration date of not less than three to six months after their collection.

Zambelas said any contribution is welcome and ''we are obliged to do so for the people who are suffering at the moment and are victims of war.''

Note: The Holy Monastery of the Virgin of Kykkos is one of the most famous monasteries in (). It was founded around the end of the 11th century by the Byzantine emperor Alexios I Komnenos (1081 – 1118).