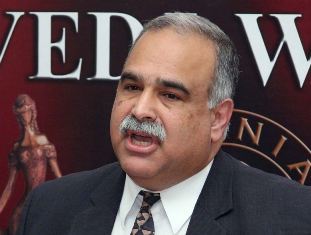 As the grandson of survivors of the Great Genocide and National Dispossession of the Armenian people, Hovannisian paid tribute to its victims as well as those of the Holocaust, the Cambodian genocide and all other crimes against humanity.

Raffi K. Hovannisian, Heritage Party leader and Armenia?s first minister of foreign affairs, is currently in the Cambodian capital to take part in and address the 6th General Assembly of the International Conference of Asian Political Parties (ICAPP) on the 10th anniversary of its founding.

Bringing together the delegates of 89 political parties from 36 countries, ICAPP?s continental convention is dedicated this year to ?Asia?s Quest for a Better Tomorrow.?

Raffi Hovannisian?s plenary presentation today outlined the global security, environmental, socioeconomic and human challenges of the third millennium, and against the backdrop of state sovereignties and national interests underscored the imperative of respecting and safeguarding the fundamental dignity, rights, and empowerment of each and every individual in national societies and international affairs.

In this connection and as the grandson of survivors of the Great Genocide and National Dispossession of the Armenian people, Hovannisian paid tribute to its victims as well as those of the Holocaust, the Cambodian genocide and all other crimes against humanity. Reconciliation, he concluded, must in all cases be anchored in truth, justice and a liberating redemption.

Raffi Hovannisian had earlier joined the other delegates in visiting the Phnom Penh High School which in 1975 the dictator Pol Pot and his Khmer Rouge regime had turned into the S-21 concentration camp, a holding and torture compound that served as the launching ground for the murder of nearly two million of his own people in the killing fields of Cambodia. It was not until this past summer that the first senior officer of the Khmer Rouge was actually tried and convicted on the charge of perpetration of genocide.

Also participating in the conclave was a delegation of the Armenian Revolutionary Federation of Lebanon led by its Central Committee chairman Mr. Hovik Mkhitarian.