Dr. Papazian will cover the basics of wealth creation and the role of capital markets, with special focus on Dubai's achievements and challenges for the near future. The lecture will also serve to build awareness of capital markets and to create a forum for public discussion on topics related to Dubai's present and future.

Attendance is free and by registration only.
For reservations, please email [email protected]
Website: www.difx.ae

Abstract:
This paper explores currency substitution in Lebanon within the context of the recently growing debate on dollarization. Indeed, a number of distinguished scholars have lately made the case for full dollarization following its adoption in Ecuador (2000) and El Salvador (2001).

This study, one of the very few focusing on Lebanon, looks at deposit, private liability, and public debt dollarization ratios and finds that Lebanon, when compared to Latin American countries, ranks 5th in deposit dollarization and 2nd in liability dollarization.

The study also reveals that dollarization ratios have stayed persistently high despite declining inflation rates and high real returns on Lebanese Pound denominated assets. The paper suggests a political economy based interpretation of the persistently high rates of dollarization, and finds that the latter seem to be a market imposed monetary condition, a response to the unfree and co-opted nature of the state. Indeed, it is possible to argue that currency substitution gives domestic consumers the necessary protection from local wealth-destroying policies. While advocates of dollarization perceive the process as the least bad alternative to macroeconomic mismanagement, I suggest that it is in fact the worst alternative to learning the tools and techniques of domestic wealth creation. Money is the very symbol of societal trust, and is thus more elemental than exchange rate policy.

In the case of Lebanon, theoretical and idiosyncratic reasons lead to the recommendation of a de-dollarization process. On a suggestive basis, I propose that the issuing of a new Lebanese Lira could be a viable way of providing incentives and inspiring trust.

Download the above paper at the following link:
http://papers.ssrn.com/sol3/papers.cfm?abstract_id=895302#PaperDownload 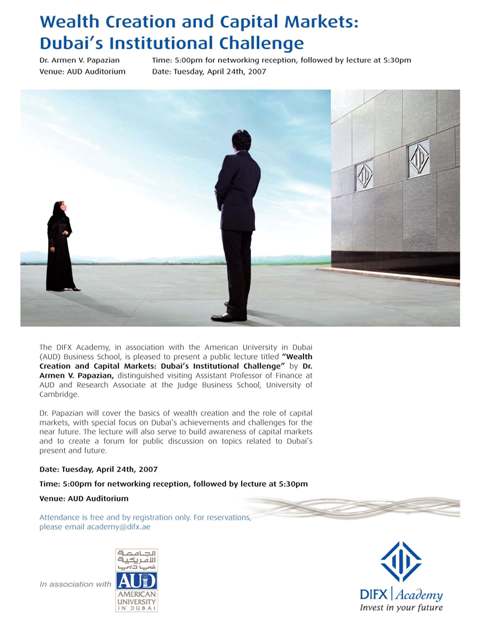