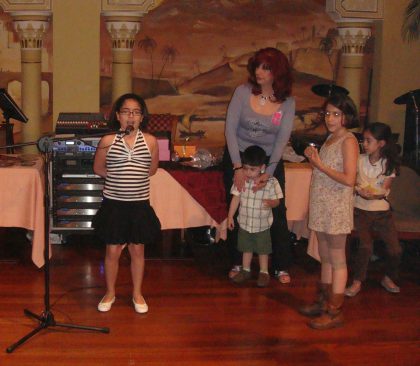 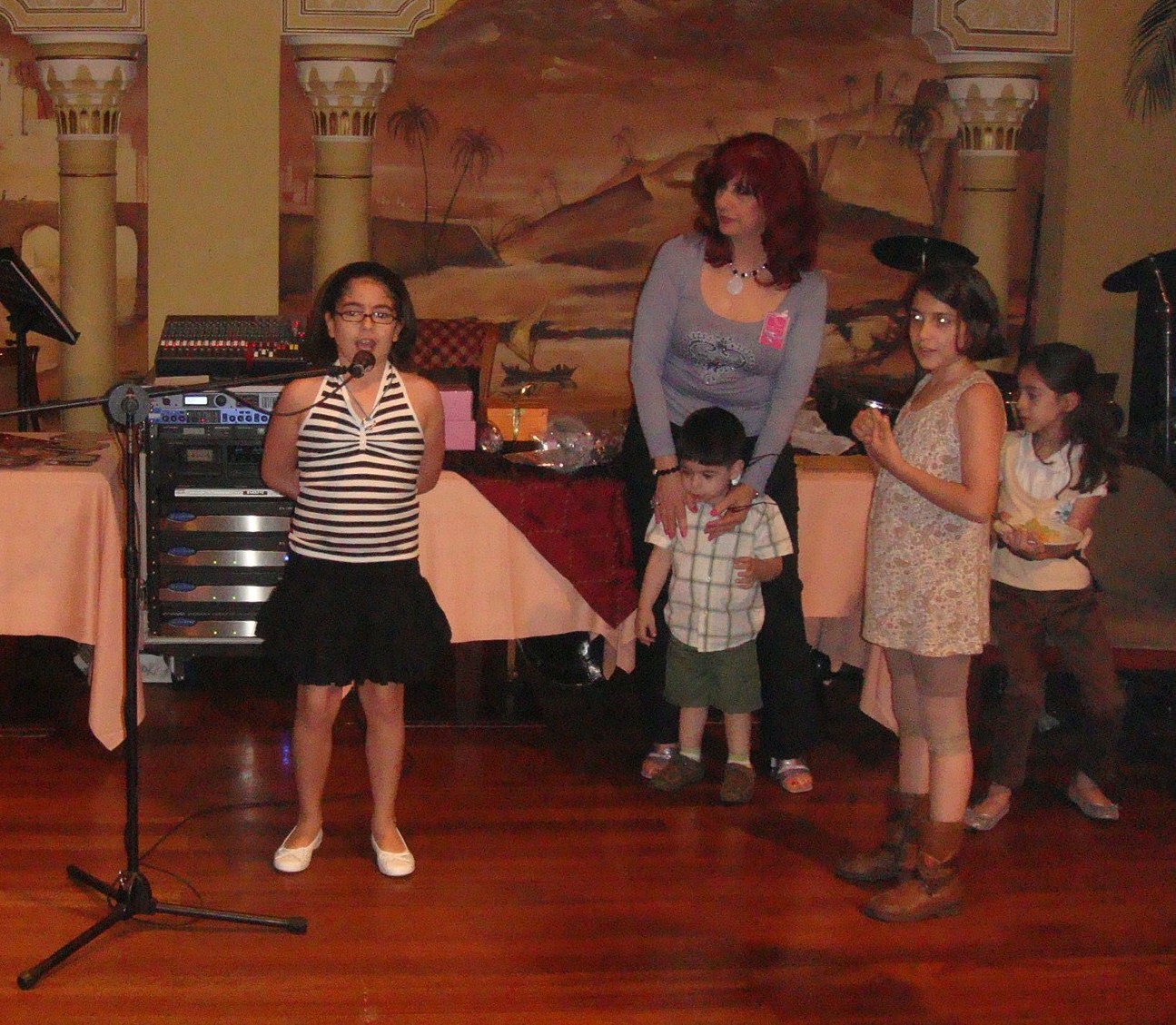 This year the Lenten (Michink) event in Abu Dhabi was celebrated on Friday 20th March 2009 in the Millennium Hotel (Marakech Restaurant) in Abu  Dhabi, with interesting program and surprises.

The Principal of the Armenian Community School of Abu Dhabi Gulizar Jonian took care of the details of this event, which attracted about 100 people.

The event was an opportunity to mark the Middle Eastern Mothers' Day (which is celebrated in Arab countries on the 21st March).

Jonian welcomed the participants and said that this event was thought to be an ideal way to bring students, their families and friends of the school together and celebrate an Armenian event like ?one big family?.

The students participated with poems and songs dedicated to their mothers (see photo). Two grandmothers were given commemorative gifts.

At the entrance, all mothers were decorated with pink cards with a writing in Armenian ?Mother?s love is unlimited sea? (Մայրական Սէրը Ծով է Անսահման). The numbers behind the cards were used for the draw to choose the Lucky Mother of the day. Not to be left out, a draw was made also for the Lucky Father.

The collective games were carried on in a truelly fashionable way, with excellent participation from the crowd. Several stickers were put at random under dinner plates. It was funny to see a father and his son to be both winners of prizes.

Father Aram Deyirmendjian made a very nice speech, recognizing the efforts of the School Principal and the teachers in celebrating Armenian traditional events.

The event was concluded by Armenian music and dancing, with the participation of all the people who were present at this unforgetable day.

The photo gallery is made of a series of photos taken by several teachers.