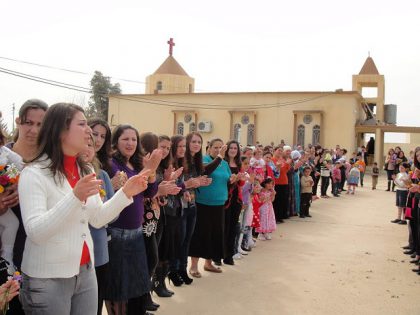 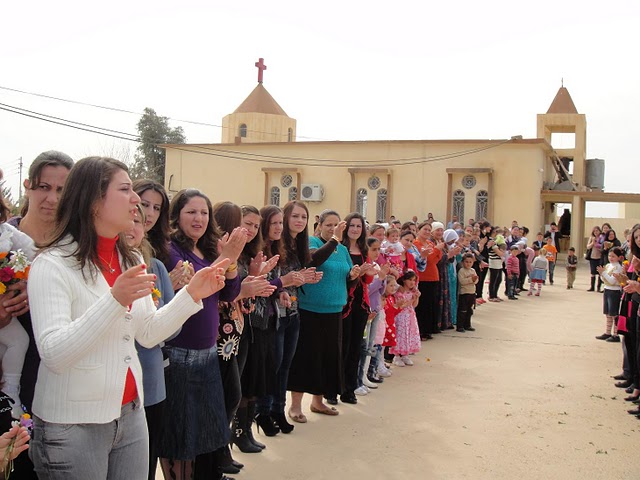 During this season of Great Lent Avak Serpazan delivered four sermons about the importance of fasting both physically and spiritually. His Eminence said: “As we are abstaining from certain kinds of food so also we ought to abstain from unkindly thoughts and unbecoming behavior as Christians and Armenians. Mankind is invited to be good human beings now and always. The Lenten season helps us in this moral travel being guided by the examples of Jesus Christ and of our Church's saints and fathers. Lent is a time of courageous action. Lent gives us the strength to become exemplary Christians. Lent gives us the opportunity to emulate our Lord and Savior Jesus Christ. Indeed, Great Lent puts us on the road to salvation”.

All of the sermons of Serpazan Hayr were translated from the Armenian to Kurdish by Rev. Fr. Masis Shahinian, the parish priest of St. Nersess Shnorhali Church in Duhok city.

In the hall of St. Nersess Shnorhali Church in Duhok City the Primate recognized the efforts of CAPNI humanitarian organization for their past and present achievements. CAPNI helped the Armenian Community of Avzrook by building a church for the village ten years ago and now are in the process of building a church for the village of Havresk. Avak Serpazan granted a certificate to CAPNI Foundation recognizing the Churches in Germany, Holland and Switzerland for making it possible for the Armenians in the two villages mentioned above to have houses of worship.

In St. Vartan Church in the village of Avzrook Avak Serpazan tonsured three young men to the minor orders of our Church. So also, in St. Asdvadzadzin Church in Zakho city His Eminence tonsured 6 young men inviting them to take an active role in the liturgical life of their Church. Some time ago the nine young men were recommended to His Eminence by Rev. Fr. Artoon Khalatian, parish priest of both Churches.

The Primate also visited the Armenian Community in Erbil. He met with officials of the city of Ankawa and asked that a piece of land be donated to us in order to erect an Armenian Church in the near future. His Eminence also met with Rev. Fr. Arakel Kasparian and the Parish Council of Mosul city, and afterwards with Rev. Fr. Avetik Mardirosian and the Parish Council of Kirkuk city. The two groups called on the Primate separately and discussed with Serpazan Hayr the unstable situation in their respective cities. His Eminence offered some recommendations as to how to deal as a parish with the problems that Iraq is currently facing.

Throughout his visitation Archbishop Avak was accorded a gracious and cordial welcome by the different Armenian Communities and governmental officials of the region. Upon completion of the ten-day pastoral visit our Primate returned to Baghdad.

Diocese of the Armenian Church in Iraq
Diocesan Office
March 29, 2011