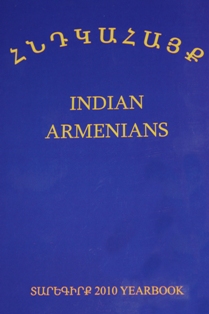 The 190th Anniversary of the foundation of the Armenian College and Philanthropic Academy, Kolkata, India was celebrated at the college auditorium on Saturday, April 02, 2011 through a programme organized by the teachers of the institution.

The occasion was solicited by members of the Church Committee, members of Armenian Community, staff and students of ACPA.
Armenian College was established in April 1821, by its benefactors Mr. Astwasatoor Mooradkhanian and Mr. Manatsakan Vartanian. It is the second oldest school in Kolkata.

The programme commenced with the Lord?s Prayer followed by the national anthems of Armenia and India. Thereafter, the audience was enthralled by a welcome dance, choreographed in Indian style by the students of the School. The dance was followed by the Principal?s address and prize distribution ceremony. A souvenir was distributed to the graduating students. The School Choir then mesmerized the audience by their mellifluous rendition of songs in Armenian, Urdu and English. This was followed by a power point presentation on ?Armenians in India?.

The high mark of the celebration was the inauguration of the second volume of “Indian Armenians” 2010 bilingual yearbook. With the blessings of His Holiness Karekin II, Supreme Patriarch and Catholicos of All Armenians, the yearbook which was sponsored by the Church Committee, was released by its Founder Very Rev. Father Khoren Hovhannisyan, Pastor of Armenians in India and Manager of Armenian College and Philanthropic Academy.

The yearbook presents in a comprehensive way, the yearly activities, progress and achievements of the Armenian community of India. The volume includes events that have taken place in ?Little Armenia? in India ? Armenian College, including the academic and co-curricular achievements of its promising students.

The programme ended with the valedictory address by Father Khoren, followed by benediction.

After the programme, the Anniversary Cake was distributed to everyone present by Father Khoren in the dining hall of the School.

The day was marked with a spirit of bonhomie filled with gratitude towards the Founders. 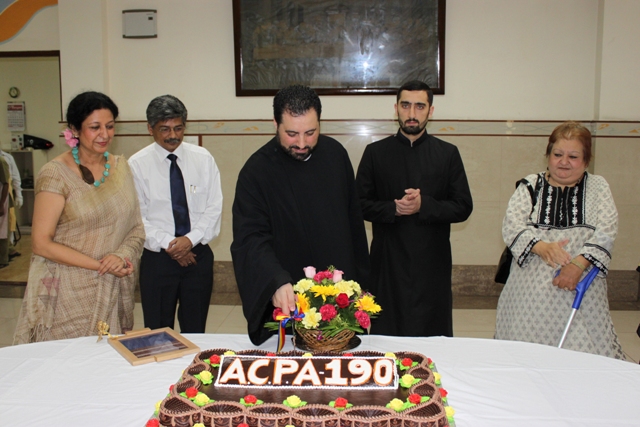 Newer PostPastoral visit to Armenian churches and communities in Northern Iraq
Older PostKevork Moutafian: Modesty is the characteristic I cherish the most