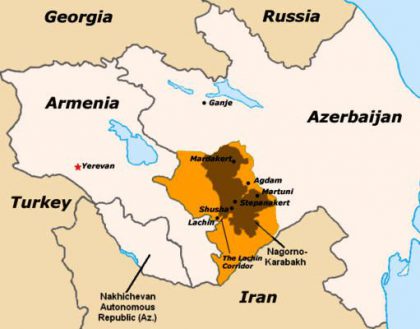 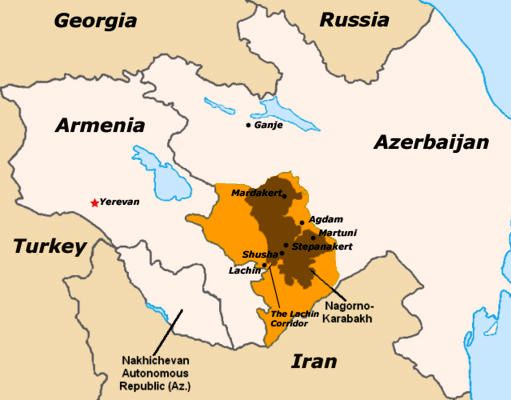 As you read these lines the Armenians in the liberated region of Kashatagh (Lachin) desperately need our immediate help.

After the war in Nagorno-Karabakh came to an end, local officials in Armenia and Artsakh called for Armenians to move to Kashatagh and made promises of aid and assistance to all those who heeded the call. Today those promises have not been kept.

As a result, living conditions in Kashatagh are bad and getting worse. Armenians who moved into the region are now leaving. If the situation persists, this strategically vital corridor that links with  Nagorno-Karabakh will be emptied of any meaningful Armenian presence.

Armenians in the diaspora cannot remain silent when faced with this unfortunate reality. We need to forcefully voice our concerns and demand an adequate degree of accountability from those responsible for this sorry state of affairs.

The word must be spread far and wide that all concerned Armenians will no longer tolerate ?business as usual? when it comes to assisting our compatriots in Kashatagh and Artsakh. They feel neglected and betrayed by their local officials. We must show them that they do not stand alone.

To publicize the gravity of the situation we have created a new website: http://www.kashatagh.com

It includes pertinent background information regarding Kashatagh and links to current news sources covering the region.

More importantly, we have posted an on-line petition in the website (see text below) addressed to the presidents of both the of and the . The petition calls on these officials to immediately take all possible measures to rectify the problems faced by the Armenians in Kashatagh.

We ask that you circulate news of this new website in order that we collect as many petition signatures as possible.

Collectively, we can make a difference in the lives of the residents of Kashatagh.

Coalition In Support Of Kashatagh

The text of the on-line petition

The President of the – Mr. Robert Kocharian

The President of the Mountainous – Mr. Arkady Ghoukassian

We would like to draw your attention to a recent series of reports that have appeared in both the Armenian and diasporan press focusing on the worsening socio-economic situation in the Kashatagh region. As a result, Armenians are leaving this vitally strategic area in increasing numbers.

When the Karabagh war ended, Armenians the world over heaved a collective sigh of relief and jubilation. After years of struggle and much sacrifice, Artsakh was once again delivered into the hands of its rightful owners. So too had Kashatagh (Lachin), the lands once artificially separating from Artsakh, been liberated.

But Kashatagh needed an influx of Armenians to make the land flourish once again. Therefore, in 1994, initiated a much-heralded policy of repopulating Kashatagh and its environs. Primarily, Armenian refugees from and other indigent families from were encouraged to move to Kashatagh with promises of generous financial and material assistance. Many did heed the call and moved to Kashatagh. Given the fact that itself was in dire financial straits at the time, this initiative was both commendable and noble. According to various sources, Kashatagh's repopulation reached a peak of about 20,000 in the late 1990s. Today, however, the remaining population has dipped below 10,000. Some say it has reached a low of 7,000. In the last few years, authorities of the NKR have taken over the governance of Kashatagh from , and yet the situation has continued to deteriorate.

Armenians who initially were encouraged to move there now feel a sense of neglect and isolation. Surprisingly, some news reports cite the fact that many local officials agree that the situation in Kashatagh needs immediate attention. We fear that if conditions do not improve, we soon might be facing an area of land devoid of Armenians. No one wants this to happen.

We the undersigned find it troubling that the responsible authorities in and Karabakh seem to be indifferent to the unfolding tragedy in Kashatagh. Therefore, we ask that your respective governments analyze the situation and take the necessary measures to ameliorate the conditions faced by the residents of Kashatagh and thus reverse the present exodus from the region.

We also ask that your governments clarify their positions regarding the resettlement policy in Kashatagh. Unfortunately, many Armenians there believe they have been betrayed and are to be used as pawns in future political negotiations. The Armenians of Kashatagh deserve to know where they stand.

As Armenians concerned with the plight of our compatriots in Kashatagh we can no longer remain silent when faced with the inaction, mismanagement, and dare we say, corruption, that is the hallmark of many local officials in Kashatagh.   “Business as usual” should not be tolerated and we urge you to take appropriate and quick action.

Map: , and Nagorno Karabakh including the Lachin Corridor (modified from Clevelander's original map as posted in the Wikipedia)