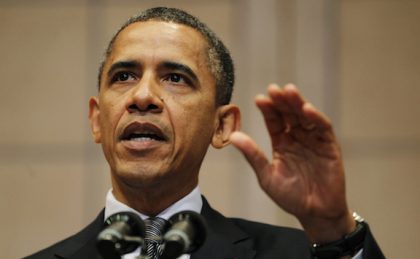 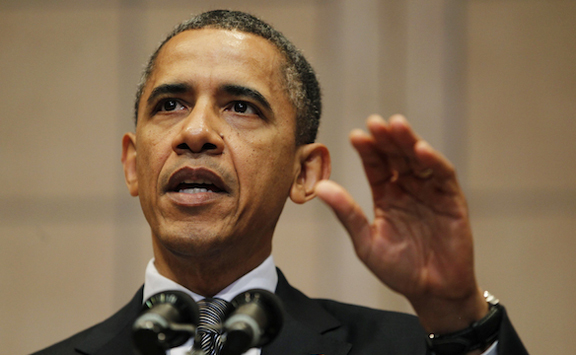 U.S. President Barack Obama has officially announced the start for the re-election campaign for Presidecy.

In 2008 American Armenians supported Obama in great numbers hoping that he will fulfill his public pledge for recognizing the Armenian Genocide. President Obama however failed them (and the Armenians worldwide) by choosing to use the word “Medz Yeghern” (Armenian for Great Calamity) instead of the academically acknowledged word “Genocide”.

“President Obama undermined his own commitment to 'Never Again' in his speech at the U.S. Holocaust Museum this morning, when, on the day before the annual commemoration marking the Armenian Genocide ? the atrocities that Hitler himself referenced prior to launching the Holocaust ? he cited several past genocides but remained entirely silent on the Armenian Genocide, the crime that, as a candidate for the White House, he so prominently and repeatedly promised to recognize,” stated Aram Hamparian, Executive Director of the Armenian National Committee of America.

On the following day, 24 April 2012, President Obama issued a statement “on Armenian Remembrance Day”. Here is the complete text of the statement (White House URL):

Statement by the President on Armenian Remembrance Day

“Today, we commemorate the Meds Yeghern, one of the worst atrocities of the 20th century.  In doing so, we honor the memory of the 1.5 million Armenians who were brutally massacred or marched to their deaths in the waning days of the Ottoman Empire.  As we reflect on the unspeakable suffering that took place 97 years ago, we join millions who do the same across the globe and here in America, where it is solemnly commemorated by our states, institutions, communities, and families.  Through our words and our deeds, it is our obligation to keep the flame of memory of those who perished burning bright and to ensure that such dark chapters of history are never repeated.

I have consistently stated my own view of what occurred in 1915.  My view of that history has not changed.  A full, frank, and just acknowledgement of the facts is in all of our interests.  Moving forward with the future cannot be done without reckoning with the facts of the past.  The United States has done so many times in our own history, and I believe we are stronger for it.  Some individuals have already taken this courageous step forward.  We applaud those Armenians and Turks who have taken this path, and we hope that many more will choose it, with the support of their governments, as well as mine.

Although the lives that were taken can never be returned, the legacy of the Armenian people is one of triumph.  Your faith, courage, and strength have enabled you to survive and prosper, establishing vibrant communities around the world.  Undaunted, you have preserved your patrimony, passing it from generation to generation.  Armenian-Americans have made manifold contributions to the vibrancy of the United States, as well as critical investments in a democratic, peaceful, and prosperous future for Armenia.  The United States is proud of your heritage, and your contributions honor the memory of those who senselessly suffered and died nearly a century ago.

On this solemn day of remembrance, we stand alongside all Armenians in recalling the darkness of the Meds Yeghern and in committing to bringing a brighter future to the people of Armenia”.