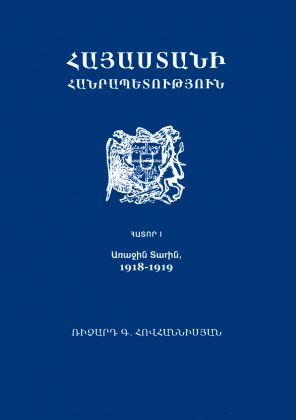 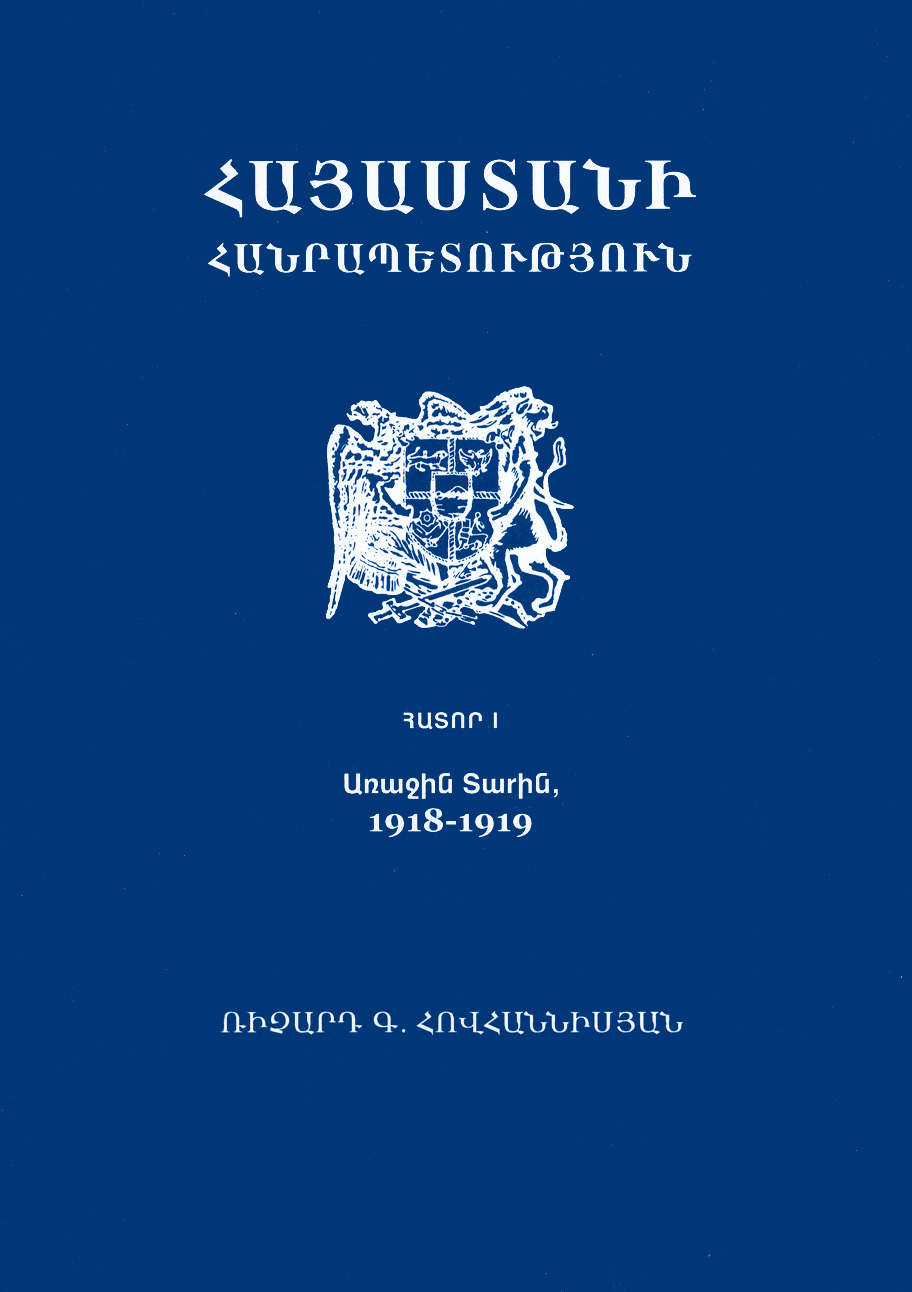 Yerevan ? Professor Richard G. Hovannisian, chairholder in Modern Armenian History at UCLA, was publicly honored today on the occasion of the Armenian – language publication of the first volume of his four-part epic, entitled ?The Republic of Armenia: The First Year, 1918-1919.?

The event was organized by the National Academy of Sciences and the Writers? Union of Armenia, with support from the for National and International Studies (ACNIS).

Held in the auditorium of the Writers? Union of Armenia, the program was opened by Academician Vladimir Barkhudarian, vice president of the National Academy of Sciences. ?There remain historical phenomena which call for further, deeper research. One such experience is the history of the first which, through four decades of diligent dedication and groundbreaking work with a wealth of primary sources, Academician Richard Hovannisian has fully and objectively brought to light,? he said.

The next speaker was chairman Levon Ananian of the Writers? . In his words, ?The Republic of Armenia? is a colossal oeuvre and thus one of the greatest achievements in contemporary Armenian studies. ?It is noteworthy that the author of the book is a unique symbol of our national pride. An incisive thinker and a scholar with professional methodology, Hovannisian?s international standing and pre-eminence in the field keep growing.?

Volume One of ?The Republic of Armenia? was presented in detail by Professor Ashot Melkonian, director of the Academy?s . He first underlined the historiographic value of the work. According to Melkonian, in the 1960s and 1970s, when the historical truth about the was concealed by political strictures, this masterpiece by Richard Hovannisian was an underground imperative for those in Soviet Armenia who were researching and studying the topic. ?The ultimate importance of this book is that the concept of statehood forms its entire backbone,? he concluded.

In his turn, Professor Babken Harutiunian, chairholder in Armenian History at , commended ?The Republic of Armenia? in terms of its reliance on a broad spectrum of sources as well as its application of the precept of continuity in historical science. ?Aside from presenting the historical record completely and truthfully, each chapter and every line of the work are founded in a supreme notion of patriotism.? It is not a coincidence, he continued, that owing directly to the incessant efforts of Professor Hovannisian a school of modern Armenian history has been developed in the diaspora.

Raffi Hovannisian, founding director of ACNIS and ?s first Minister of Foreign Affairs, congratulated his father on the accomplishment of finally bringing the whole history of the home to . 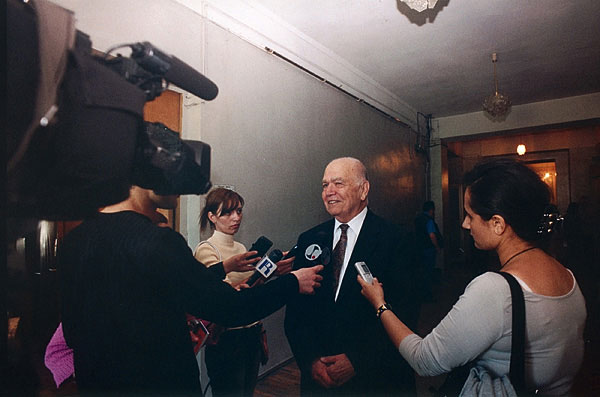 ?Comprehensively researched and objectively presented, Richard Hovannisian?s authoritative account both gives cause for moments of historic pride and achievement and offers a record of losses and shortcomings which the new Armenia must avoid repeating. It is a valuable lesson of liberty and legitimacy, democracy and diplomacy, sovereignty and security, which must be drawn today?in the name of the , past and present.?

Finally, Richard Hovannisian took the floor and extended his deep appreciation to the organizers of the event, the scholars, intellectuals and everyone present, and acknowledged Vrezh Markosian, director of the Tigran Mets Publishing House, for his high-caliber production of the volume. Hovannisian shared vignettes from his childhood, his student years, and his four-decade quest for ?The Republic of Armenia.? A well-rounded understanding of the history of the First Republic, he said, will enable its modern-day heir to steer clear of mistakes and never place false hope in paper guarantees for security, which we have trusted on numerous historical occasions and suffered setbacks as a result.

The capacity crowd of assembled leaders, intellectuals, and students stood to express their appreciation of the work and its creator.

Press Release by the for National and International Studies (ACNIS), 19 May 2006