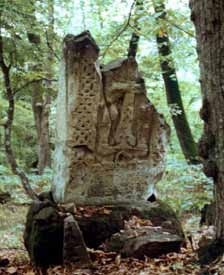 Abandoned and ruined churches, monasteries, dwelling caves from the Middle Ages, graveyards or prehistoric cult sites? Throughout remote areas in the South Caucasus one can find a large number of neglected cultural assets, that are in deep need of care and attention. This issue is currently addressed by the “SOS Culture” project which was launched in January 2012 by the Foundation for the Protection of Wildlife and Cultural Assets (FPWC).

With an overall duration of 24 months, the “SOS Culture” project is funded by the European Union within the framework of the Eastern Partnership Program and is implemented jointly with the Tbilisi regional office of DVV International (Institute for International Cooperation of the German Adult Education Association) and Research on Armenian Architecture NGO.

The approach of the “SOS Culture” project is rooted in the idea that well preserved and explored historic sites have a tremendous positive influence on the creation of an environment, which nurtures sustainable economic, social and human development in remote and impoverished regions, making those regions attractive for tourists.

One of the key points in the approach of the project is the involvement of youth (aged 14-21), living in the target areas of Armenia and Georgia. The young people will participate in protection and research activities, implemented in their neighborhood. This will instill a new approach and knowledge about local cultural assets among the members of the youth clubs, established by FPWC and its Georgian project partner dvv international. Participating in the project activities, the members of the youth clubs will support the cultural and touristic development of their regions.

Accompanied by FPWC specialists, youth club members will visit cultural monuments, will learn how to photograph the neglected assets and will learn the basics of the protection of cultural assets. Thus, young people will develop a more attentive, caring attitude and sense of responsibility towards cultural monuments.

The photos and video films will be published on the “SOS Culture” website and will be presented during exhibitions.

“SOS Culture” project expert, director of Research on Armenian Architecture NGO Mr. Samvel Karapetyan outlines the primary goals of the project, which according to him are self-knowledge and knowledge of the rich cultural heritage of the region. “Passing the knowledge to the local population, particularly the youth, we?ll be able to reduce spoliation, resulting from ignorance. Indirectly, the project will also reduce emigration, because when you know your motherland, you come to love it and get attached to it.”, Karapetyan says.

Source: March-April Newsletter of the Foundation for the Protection of Wildlife and Cultural Assets (FPWC).