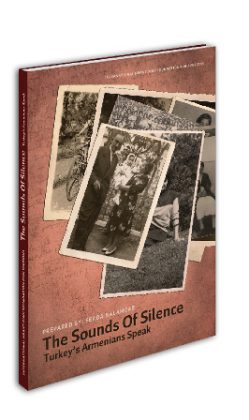 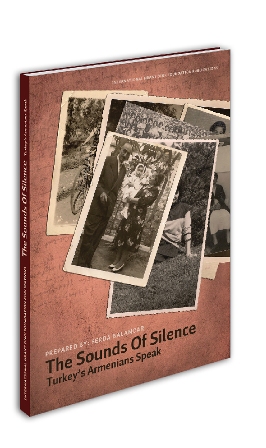 “Come, let us first understand each other…” Hrant Dink

The book The Sounds of Silence – Turkey's Armenians Speak is the end product of the Oral History Project carried out by Hrant Dink Foundation in 2011 with the support of Olof Palme Center.

The book contains 15 stories that are told by 15 'Armenians' aged between 19 and 70 from Istanbul and various cities of Anatolia. The book is compiled by Ferda Balancar preserving the original accounts of the interviewees. People living with the Armenian identity since their birth, people living with hidden identities, people born as Islamicized Armenians and turning back to their Armenian identities and people living on as a Muslims… Their stories cover both the historical memory and what the Armenians in Turkey experience today.

“This work intends to find the traces of Armenians living in Turkey and of the political and cultural memory of Armenian society, to reveal the continuity of cultural existence and to realize how Armenians perceive themselves and the 'other' in order to reflect the 'reality' of the Armenians in terms of its political, cultural and historical dimensions”, says Ali Bayramoglu.

“Although these are stories of individuals, although these stories seem like they belong to a community, they actually expect to be heard by the 'other'. As long as they are not heard, they will not achieve their real aim. Speaking is not only the saying of words, something will always be lacking unless someone hears what is being said. Words that are not listened to will hang around in the air for a while but they cannot strongly make their existence heard, they cannot affect the collective memory strongly”, says Arus Yumul.