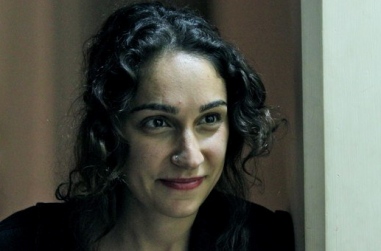 Azad-Hye had an interview with the young and energetic director:

Which work of yours was selected to be displayed in Dubai International Film Festival and how did the selection process take place?

My recent fiction narrative medium length film called “February 19” (see photo) was part of Dubai International Film Festival this year in Muhr Asia/Africa section in Competition. Well in the summer there was a call for the festival and I had friends who suggested I look into it. And I applied and then one day as I landed back from Qatar, I was there in the Doha Tribeca International Film Festival, while waiting for my luggage I received an email that said congratulations and your film is selected. It was quite symbolic.

What experience did you gain by attending the Dubai Festival?

Most of the festivals have various “positive attributes”, if I may say so. First of all it's the place where the filmmaker can share her vision, love, sweat, pain, anger and, most important, her poetry with the audience and that is rewarding. As well it's a great place to meet future producers, distributors and sales agents. Some master classes are always organized. I can say all this applied to the Dubai International Film Festival. And the masterclass was with one of my favorite filmmakers, Werner Herzog.  It was quite a big festival but still I had the chance to have interesting encounters. The audience was interesting, may be not as much as I would have expected but still I had interesting debates with various generations, young and old. It is interesting to note that the most curious dialogues were with people of my parents' age.

One of your documentaries (”Little Stones”) was funded by Doha Film Institute. Is finding the financial backing the biggest challenge for a director in the Middle East?

“Little Stones” was fully funded by IMS and Den Danske Filmskole. This film was actually funded by Ashkal Alwan, National Cinema Fund of Armenia and Doha Film Institute. Actually post production was granted from there. I have to thank them for it because I was really in a quite bad state, couldn't finish the film. A friend suggested I look into their website and see what they need and so forth as documents and a rough cut. Shortly after I received a positive answer. I was in total glow. I would be able to finish this film, this film that took me a lot of hard work to do (as any other film).  It?s good to see hope even when you realize there is little to hope for. The big problem we face in the region is that there?s no real cinema industry in the Middle East. There should be a system of funding coming from the state. Most of the countries have a budget designated for funding films, why not our countries? And I?m talking about real budgets. There should be a whole system working to promote filmmakers, giving them the opportunity and the motivation to produce work in the region. It will come I believe, and I hope it happens soon, because there are so many talented filmmakers in the region, really with a vision.

You have been born in Armenia, lived long time in Lebanon and now you are living in France. How did this influence your life and art?

Interesting you say this, because of course the person, the filmmaker that I am today, has a lot to do with all these spaces that I inhabited. I was born in Armenia, at the age of 12 my parents were invited for work to Lebanon. Since then the struggle of finding a home in this new space started. It took me time to do so?but I managed I believe. I lived in Lebanon for 16 years and right now I live in Paris. I visit Armenia frequently because my two very precious people live there: my father and my mother, two amazing souls who inspired me throughout my childhood to adulthood and into womanhood. I must really thank them because I believe they planted in me this “wonderer”, as my boyfriend calls it “the gypsy soul”. I have two homes, even more. I learnt to make a ?home? wherever I am, let it be Lebanon, Armenia, Copenhagen, Paris or Pusan. I truly believe that this “belonging” issue has the power to make us rich, to make us complex in a positive way…

Are you following the Arab Spring? Do you believe that it can bring a new approach to cinema art?

Indeed I am following the Arab Spring, since I have friends and colleagues who are part of it. I believe there is an intense movement and a very challenging one. Voices, visions mixed with anger, creativity and struggle. There is definitely a young generation that has something to say and they should be given the means and freedom to express. I don't know how much and how long it will last, but there is a movement and it is evident. I can say that I hope it is a foremost grounded basis for cinema and arts. Because I believe there is a lack of integral cinema history, a strong artistic one in the region. Recently, I was having a conversation with a friend, a fellow filmmaker and we were discussing this issue. For example, you say Russia you think of Tarkovsky, Sakurov and we are talking about real cinema; real and rich and intense art.

You had the chance to meet UAE Armenians during a special session in Dubai. What impressions did this encounter create?

I think it was a very special evening organized by Hamazkayin UAE. I say special because as dear Seta Mangassarian put it “welcome home Tamara” and it felt really home, because I was raised among the Hamazkayin crowd in Beirut, since both of my parents used to work with them, and it was a very warm evening. They screened two of my films “Little Stones” and “February 19”. There was quite a number of people, I was surprised to see so many Armenians in Dubai. Actually I found out later that there were people who drove from Sharjah and Abu Dhabi. And that really touched me. After the screening there was quite an intense debate around both films. I was a bit anxious because my cinema is not a “very accessible” one., I mean it's not commercial and until now it was mostly shared with other fellow artists and festival goers. Here I was surrounded by curiosity and interesting questions. The Q&A lasted almost an hour. I must note the two very interesting women in the front row; very intellectual. I really must thank Hamazkayin for this initiative, because it is precious to be able to speak to a crowd, to people who are sensitive and who are not ashamed to show their love and care. Even if I was able to touch them for two minutes that is enough for me. I believe for a filmmaker it is very important to feel that she is in a dialogue, because at the end of day why we make films? To share them with people, to project our vision, our fight and our love.

Could you tell us about your 2012 plans?

Well, in 2012 I will be finishing (editing, sound design) my new feature documentary that I shot in 2010 and 2011. It is called “My Beautiful One“, and it is a dialogue between two generations, physically represented by a Tamara who is the grandchild of older Tamara, the grandmother, who passed away. It is a dialogue to explore the past and the present, the nostalgia of an era that is absent now, yet some members of this time still exist today. They?re friends of Tamara, fought WWII with her in 1945.  The young Tamara goes in search of them, to bring Tamara to life through their souvenirs, ideologies, fights and acts of remembrance. The main protagonist of the film is an absent hero; Tamara. Her friends are there, in the present. But are they? I will start writing / meditating on my film.

Tamara Stepanyan: Director of “Little Stones” and other movies 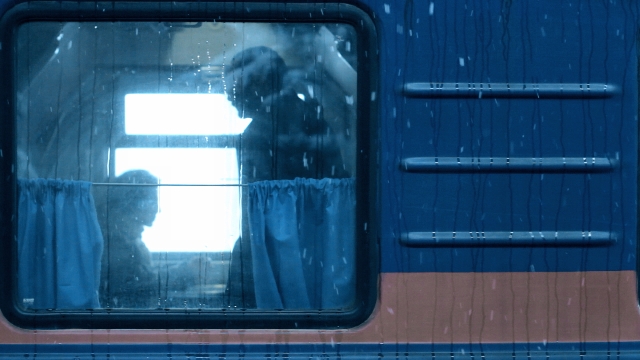