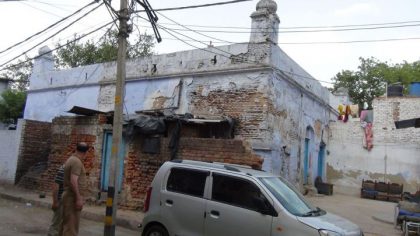 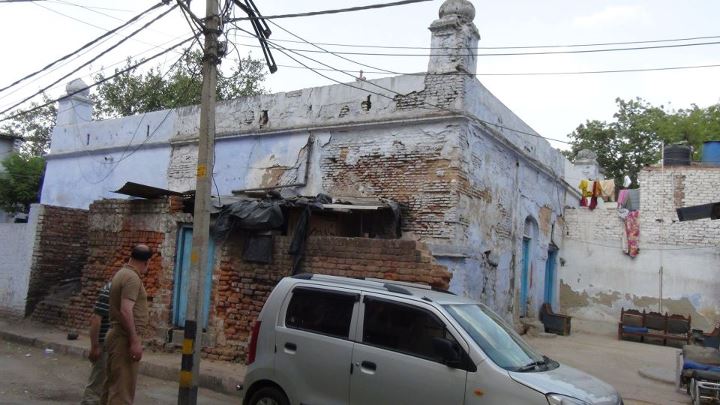 The Armenian chapel and burials in D?Eremao cemetery are located in Kishan Ganj, Delhi, New Delhi

The Armenian cemetery in New Delhi is named after D'Eremao, an influential family that was once connected to the imperial court in Mughal India.

The cemetery was first mentioned by H.C. Fanshawe, the Commissioner of Delhi (late 19th century). Mesrovb Jacob Seth (1871-1939), an author, historian and educator at the Armenian College and Philanthropic Academy in Kolkata described a visit he made to the location in 1919. He identified 24 graves and a small structure which served as a chapel.

During the India-Pakistan Partition of 1947 the cemetery was partially damaged. In subsequent decades the Armenian Association in Calcutta made efforts to gain control on the cemetery and free it from the refugee occupants, but the trespassers continued to occupy it.

The latest visit by a scholar was in 2005, when Dr. Omar Khalidi photographed and documented the graves, chapel and the surrounding parts. He found 15 graves.

“The dwellers removed drying laundry from the graves at my request to take better pictures. Children and chicken alike were running around what is in fact a cemetery completely encroached? The Armenian inscriptions are gone, the remaining ones in Persian are fast fading”, Dr. Khalidi noted. He warned that the situation might deteriorate further. “Unless immediate steps are taken to relocate the occupants, repair the graves and conserve the chapel-mausoleum, an important part of Indian, Armenian, and European heritage would be lost”, he warned (see photos taken by Dr. Khalidi here).

Seven years later, in June 2012, an Armenian traveler Artak Vardanyan paid a visit to the site and took a series of photos. He wrote the following to Azad-Hye readers:

“I visited D'Eremao cemetery and the chapel today (June 9, 2012). It's in a very sad state, more deteriorated than what I expected to see based on the photos taken in 2005. I could not locate the sign “Armenian Cemetary” (photos 8b and 9 in Dr. Khalidi's report).

They must have plastered it over again… Moreover I managed to count only six graves. One of the locals told me that a lot of things have changed since 2005. He also said that the chapel and the cemetery are being visited time after time by some local government officials (purpose of the visits is unknown). He said he'd never heard from the government officials visiting this place about any relocation of the compound dwellers or restoration of the graves and the chapel”.

Vardanyan found a pocket prayer-book in Armenian on the improvised alter in the chapel. There was also a mini copy of an Armenian cross-stone probably left by Armenian tourists. He stated that the locals were nice enough to let him look around, take photos and pray in the chapel.

Vardanyan believes that if no measures are taken he will not be able to find any graves there during his next visit.