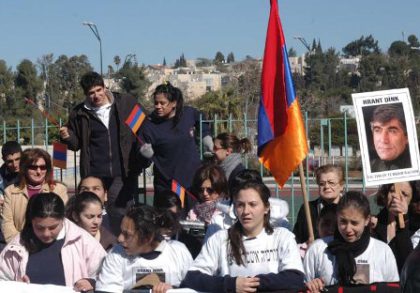 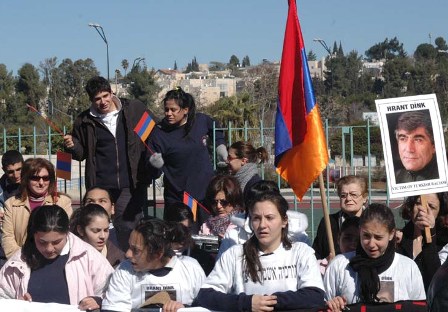 By Hayg Panoyan
?
Protest condemning the murder of Hrant Dink
On Tuesday, 23rd of January 2007 at 11:00am, on the same day when Hrant Dink was being buried in Istanbul, members of the Armenian community in Jerusalem, Haifa and Jaffa gathered in front of the Turkish consulate in East Jerusalem, condemning the murder of Hrant Dink.
?
The event organized by the Hay Tad Committee of Jerusalem, brought forward more than 100 protestorsm who carried banners written “Hrant Dink:the Genocide continues”, “We are all Hrant Dink, we are all Armenians”, etc. The protestors chanted Armenian nationalistic songs. The protest lasted for an hour which was documented and photographed by various reporters. A letter of condemnation was handed by the Hay Tad Committee to the consulate.
?
Armenian Bazar in Haifa
Below are some photos of the Armenian Bazar in Haifa (December 2006), during which Armenian handmade items were presented to the public. The income was used to cover community needs.
?
Asking for more information about Armenian subjects
Homenetmen Haifa tries to teach the Armenian youth the history of the nation. 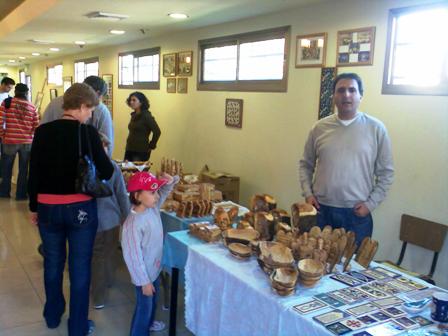 We are interested to receive books about the Armenians and especially about the Genocide. Our youth need to have access to informative sources. The Armenians in Haifa are united around the Agump?(Armenian club). We need much to do in order to attract our children or youth to join the Agump, instead of wasting their precious time on the streets .
?
Unfortunately, Israel does not recognize the Armenian Genocide, because it retains good relations with Turkey and the USA. We hope that the Israeli politicians realize that supporting Turkey does not need to be on the expense of telling the historical truth.
?
You can contact Hayg Panoyan at [email protected] or [email protected]