Hrant Dink (1954-2007) was assassinated today in . He believed in democratic , where Armenians would have better future, compared to the bitter past.

“I am an Armenian of Turkey, and a good Turkish citizen. I believe in the republic, in fact I would like it to become stronger and more democratic. I don't want my country to be divided, but I want all the citizens to be able to live fully and contribute their diversity to this society ? as a source of richness.” (Hrant Dink, 2006)

Anthony Barnett and Isabel Hilton (from the Open Democracy) pay tribute to him:

In his first article for openDemocracy (see Additional Reading below) Hrant Dink observed that “the relationship between and the EU is governed less by reciprocal desire than by fear”. His conclusion: “Do not fear”.

Now the sentiments that he addressed without fear have led to his assassination. is a European country. Its Ottoman past is deeply formed by its Byzantine Christian heritage, while modern has been shaped by its long arguments with the Turk. Today, as trade, tourism and migration bring the two parts of together, people on both sides fear and resist the implication of their shared legacy.

A brave and kindly man in his early fifties Hrant was shot down outside the office of his journal Agos. This is a bilingual, Armenian-Turkish publication. The bitter tragedy of his death is that Agos was an expression of his dedication to a debate not with Turkish nationalists but with his fellow Armenians. He felt that they were too much in the grip of the Armenian diaspora's obsession with the genocide that followed the first world war. He wanted to talk, write and publish about it freely and honestly, of course. But with the hope of this allowing Armenians to become normal, healthy citizens of a modern democratic .

This approach threatens the purist nationalists of . They, it now seems, have got their man.

The last time I saw Hrant was last summer in . Like many who had spoken and written about his country's history with the Armenians he had been accused of “insulting Turkishness”. Unlike most of them whose charges had been dismissed, he had been found guilty and given a suspended sentence. We discussed his determination to take his appeal to the European Court of Human Rights, and the costs. Now it has lost its chance to overturn the verdict. 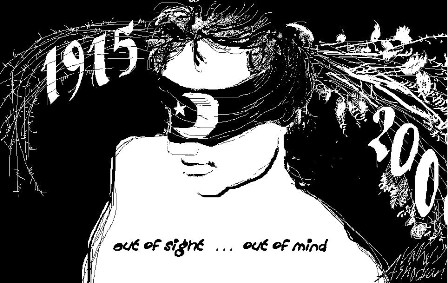 When, in October 2005, Hrant Dink was given a six month suspended sentence for an allegedly anti-Turkish statement, he was outraged. As an Armenian, he pointed out, he had been fighting racism all his life and had never belittled either Turkish or Armenian identity.

Hrant Dink was one of 's most prominent Armenian citizens. He was convicted for an article he wrote for the bilingual Armenian-Turkish weekly, Agos, which he edited, in which he discussed the continuing impact of the killings of hundreds of thousands of Armenians by the Ottoman army in 1915-17. The issue remains highly contentious: the Turkish state refuses to acknowledge that this was genocide and Hrant Dink was among a group of Armenian writers and intellectuals who sought, through discussion, to defuse tensions between the Armenian diaspora and .

Hrant Dink was subsequently prosecuted for “insult to the Turkish state”, a charge that carried a possible six months imprisonment. The charges derived from remarks at a conference on “Global Security, Terror and Human Rights, Multi-culturalism, Minorities and Human Rights”, held in 2002 in Sanliurfa. Dink, an Armenian, had been asked about how he felt when, at primary school, he had, like all fellow pupils, to recite the words: “I am a Turk, I am honest, I am hardworking”. He had responded that although he was honest and hardworking, he was not a Turk. It was enough to land him in court, prosecuted in a wave of trials brought by far right interests against writer, journalists and public intellectuals in in the last two years.

His shocking murder in today will be seen in the light of these attacks on free speech and freedom of thought in .

Sketch by Vahe Ashodian: Out of sight … out of mind

2- Speech By Hrant Dink to the International Publisher?s Association / International PEN panel discussion on Freedom of Expression in held at the UN Commission on Human Rights April 2004 (subject the Armenian community in )