By Ruben Izmailyan
?
According to the recent discovery by Taner Akcam, the author of perhaps the most vicious anti-Armenian website on the web is an accomplished Turkish-American cartoonist. Hiding under the pseudonym of ?Holdwater? was Murad Gumen who for several years has run the infamous tallarmeniantale.com website (TAT).
?
Besides spreading anti-Armenian rhetoric and at times comparing Armenians to rodents, while bitterly denying the notion of an Armenian Genocide, the site is also famous for belittling and vilifying some of the most notable scholars and individuals that have spoken or written about it.
?
One of the biggest recipients of Holdwater's finger pointing is Taner Akcam, a renown human rights activist and Professor of History at the University of Minnesota, who has authored numerous prominent works on the Armenian Genocide and is considered to be one of the top experts on the Genocide. Mr. Gumen attempts to discredit and disrepute Akcam and others who refuse the official position of Ankara. Doing so behind a veil of anonymity, until recently, allowed Gumen to indiscriminately and shamefully slander dozens of other individuals including various historians, academics, politicians, activists, ambassadors and students.
?
In one of his articles Holdwater, otherwise notoriously discreet and careful to not reveal his true identity, made reference to correspondence with the United States Holocaust Memorial Museum. He did so without realizing that the personal communication contained in that file was in the public domain. Thus Taner Akcam was able to trace the identity of the man who anonymously headed a massive smear campaign against Akcam and many others.
?
Mr. Akcam's discovery represents a victory not because Murad Gumen will likely never be allowed to make another Mickey Mouse comic, but because Mr. Akcam's quest for the truth has brought Holdwater and Akcam onto an even playing field. Thus since Holdwater is no longer anonymous he can not spread unfounded lies and harass people any more . He has since removed the webpage where the ill-advised reference to public correspondence was made. Perhaps Mr. Gumen is trying to cover his tracks , but it is far too late to cover up all the dishonesty, sleaziness and hateful rhetoric that made him a favorite tool of anti-Armenian elements and deniers of the Genocide.
?
Source: HETQ, 11 June 2007 (adjusted)
www.hetq.am/eng/politics/0706-t_akcam.html 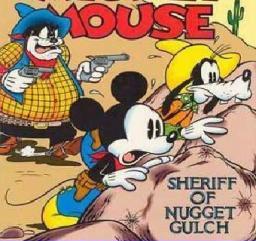