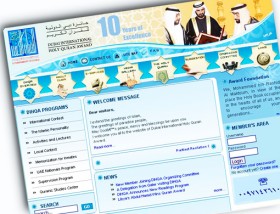 Dubai: Hackers from Turkey managed to access Dubai eGovernment hosted websites but the attempt was foiled within two hours, a senior official said.

“We have successfully foiled an attempt by hackers to corrupt data and impair some government websites that are hosted by Dubai eGovernment,” said Salem Al Shair, eServices Director of Dubai eGovernment.

“They managed to enter the environment and also hacked into two other sites of Dubai Awqaf and one other department but our security team blocked the hacking within two hours,” he added.

“We believe the hackers belonged to an extremist group in Turkey as they also pasted a message in Turkish apparently referring to the killing of Hrant Dink and the approving of it,” he said.

Fifty-three-year-old journalist Dink, who was a Turkish citizen of Armenian descent, was shot in January this year.

According to reports, he faced constant threats and legal proceedings and had gone on trial numerous times for speaking out about the mass killings of Armenians by Turks at the beginning of the 20th century. He had also received threats from nationalists, who viewed him as a traitor.

“There was no motive to make money as there is no financial data on the websites,” he said.

Earlier, in a statement issued by the Dubai eGovernment, Al Shair said: “We have yet to ascertain the identities of the hackers and the exact location of their operation, but we have generated significant leads that will ultimately lead us to the persons behind this act.”

Al Shair said hackers have attacked some sites on eHost, which has caused a malfunction to some services and loss of data. “We have taken immediate action by disabling the hacked sites to fix the problem. We have also checked other sites and guarantee that they are safe and secure from future attacks. Within a short time, our teams were able to recover all the files that were lost and restore all programs that were affected,” he said.

Al Shair said there had been previous hacking attempts, which were also foiled due to the team's expertise. He added Dubai eGovernment adopts a high-security system to prevent hacking, but this does not mean that it is completely impregnable.

“This problem is not unique to us as it has happened to other high-profile organisations in other countries. One of the positives from this incident is that it has allowed Dubai eGovernment to learn more about the latest techniques and strategies used by hackers.

“This way, we were able to close the gaps in our system and take appropriate action to prevent similar incidents.”