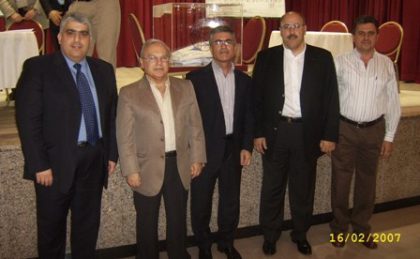 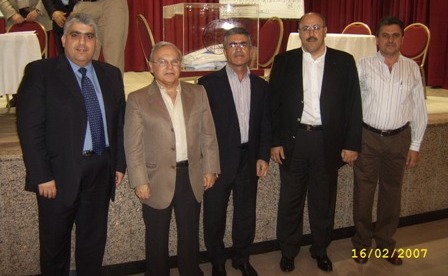 On Friday 16 February 2007, Armenians in GCC countries (in Abu Dhabi, Sharjah-Dubai and Kuwait City) had elections for the Legislative Council (Temagan).

This was the fourth successive elections since the establishment of the Prelacy of Kuwait and Arabian Gulf Countries in 1994 (based in Kuwait City). Armenians have resided in the region since the 1950s (the Armenian Church and School in Kuwait date back to the 1960s, while the Abu Dhabi and Sharjah weekly schools were found in 1980-1981).

This year?s elections had a very strange character. According to the Constitution (Ganonakroutyoun) the number of the available seats was 18 (9 in Kuwait, 5 in Sharjah-Dubai and 4 in Abu Dhabi). On the other hand the number of the candidates was a matching 18. Thus, the elections turned out to be a sort of referendum or a meaningless competition for higher voting score amongst the candidates.

In recent times we noticed an influx of new comers to Sharjah-Dubai. It is estimated that hundreds of young (and young in heart) Armenian professionals from around the world are seeking their chance in the UAE, taking advantage of the current economic development in the country.

Unfortunately, the increasing number of newcomers was not reflected in the elections. There was even a large percentage of absenteeism in the ranks of long time Armenian residents in Sharjah ? Dubai.

According to the Constitution, those who do not pay the annual tax (Azkayin Dourk) are not eligible to vote. Based on the tax-payment rolls, only 281 persons (out of an estimated 2.000 adult population in Sharjah ? Dubai) had the right to vote on 16th February 2007. To make matters worse, 151 persons out of the above mentioned 281 did not show up. Subsequently, only 130 persons cast their vote (which in fact makes less than 10% of the adult population). Obviously the elections in GCC Armenian communities are very far from truly representing the wider public.

In Dubai-Sharjah, the elections brought over only one new name, Haygaz Tahmasian. All other 4 elected persons had been serving in the Legislative Council in the 2002-2006 period.

Tahmasian said to the Azad-Hye representative that attention should be paid to the youth. ?A gathering place for the youth should be prepared, where they can exercise athletic and other activities. The present community hall is not enough. The youth need a wider place, preferably in Dubai as well as in Sharjah. In the past 80% of the Armenian population used to be concentrated in Sharjah, but now half of the population lives in Dubai. Many avoid coming to Sharjah because they need to drive two hours to reach their destination?. 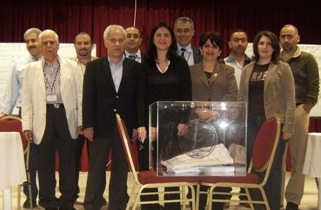 Tahmasian mentioned the Armenian school as the second priority on his agenda. ?We should try to establish a daily Armenian school in Sharjah. Such a project needs a great sum of money to cover the running expenses of the first few years, besides the construction expenses. The money that we have allocated thus far for the school, covers only a small part of the expenses. We need 20 million dirhams for this project?.

About the nature of the future Armenian school, Tahmasian believes that it could also accept non-Armenian students. ?Foreigners can follow the general curriculum, while the Armenian students will take lessons in language and history, besides the standard curriculum. Such a situation exists in several countries in the Middle East, where specific hours are allocated to Armenian students. At this stage, a school with only Armenian students might not be economically feasible, but, as I said, it is a matter of discussion and we should try our best to serve the educational needs of our students?.

Regarding the Media and news coverage, it is a known fact that at the time being Azad-Hye is the only Armenian Media object that exists in Dubai-Sharjah. In the past there was a periodical called Shepor (published bi-monthly from 2000-2003, covering community activities). Tahmasian believes that Shepor should be re-published and not only on bi-monthly basis, but rather on more frequent basis (maybe even as a weekly). ?A periodical publication is a good way for evaluating our activities. It is not enough to send fax or e-mail about an upcoming event. We need to read about the event later and inform others outside UAE about our activities. We must create reporting and media coverage practices,? he concluded.

Photos:
1- The elected members of the Legislative Council for the period 2006-2010 (from left to right Ara Keusseyan, Hrayr Soghomonian, Haygaz Tahmasian, Varouj Nerguizian and Sebouh Manjikian).
2- The members of the Electoral Committee and the vote-inspecting assistants.