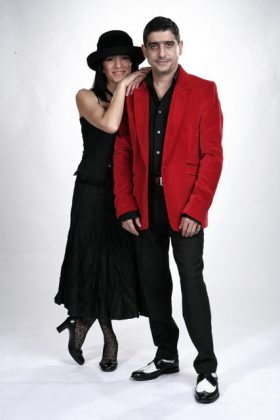 On the occasion of the 20th anniversary of the Independence of Armenia, the Embassy of Armenia in Abu Dhabi is organizing an unprecedented Gala Ball on 28 October 2011 in the Beach Rotana & Towers Hotel in Abu Dhabi, UAE.

In an interview with Azad-Hye HE Ambassador Vahagn Melikian describes the upcoming event as follows:

“More than 40 topmost specially invited performers from Armenia; the State Jazz Band, famous singers Aramo, Emma Petrossyan, Arman Hovhannisyan, Inga and Anush Arshakyan Sisters, Zarouhi Babayan, dancers from Sofi Devoyan?s ?Soul and Dance Theatre?, violinist Varazdat Khachumyan will showcase their talent during the whole evening. The participants will taste famous dishes of Armenian cuisine, as well as fruits, chocolates, sweets and beverages specially to be brought from Armenia. The Embassy will publish a book about Armenian history, culture, religion, arts, traditions, customs, worldwide famous Armenian etc. The book will carry the title ?Armenia: From Centuries to Eternity? and will be dedicated to the 20th Anniversary of the Independence.”

Read the full interview at: Ambassador Melikian: YES, we can also celebrate

For bookings please contact Vahe Toukhmanian in Abu Dhabi at mobile 050-6413484 and email. 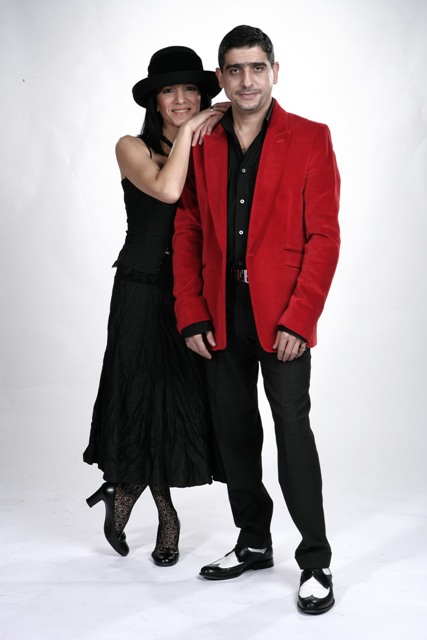 Aramo studied drumming at the percussion department of the Sayat-Nova musical school in Yerevan, Armenia. In his early and teen years he was a drummer with the then popular ?Arevik? children?s band.

Since 1980 Aramo collaborates with renowned musicians Vahagn Hayrapetian, Armen Hyusnounts, Vardan Arakelian, Khachik Sahakian and others. Beginning from 1986 he was performing as a singer and drummer with the famous Armenian Jazz Band under Constantine Orbelian.

Aramo represented Armenia at the International song competition ?Yurmala 89?, charming audience with his inimitable style of performance. He has collaborated with Russian star performers since.

In 1992 Aramo married singer and violinist Emma Petrosian. In 2000 Aramo and Emma won the ?Armenian Grammy? at the annual Armenian Song Contest in Los Angeles. A year later their ?Black White? became the Best Pop Album of 2001. Stepan Loussikian?s song ?Nor Hayastan? (New Armenia) won the Best Song of the Year Award at the same festival.

In 2004 Aramo?s album ?Yerani? (If Only) scooped the Year?s Best Pop, Retro and Folk album awards, while the title song won the Best Song of the Year Award. Aramo is the laureate, winner and guest of honor of a number of respected international festivals.

Emma Petrosian started her musical career as a violinist. In 1985 Emma entered Yerevan State Conservatory after Komitas. While studying at the Conservatory she graduated from a jazz college. In her student years, Emma performed on stage as violinist and debuted as a singer.

Since 1990 Emma appeared as solo singer and composer. She has authored numerous songs, participated at the international festivals, competitions and recitals. She has sung in France, Lebanon, USA, Germany, Syria, Iran, UAE, Latin America and Russia.

In 1992 Emma married celebrated singer and drummer Aramo. In 2000 they released a joint album entitled ?Black White?, with their own songs to Emma?s lyrics.

Today Emma collaborates with the renowned composers and teaches vocals at the State Conservatory?s Jazz and Variety Department.

Emma and Aramo received the Best Performer Award at the Annual Armenian Song Contest in the United States.

Emma is a winner of a number of festivals. She has been endowed with the Intellectual and Most Distinctive Voice of Armenia Award.

Arman Hovhannisyan started performing since the age of 12, first as a dancer in Folk Dance group, then a group singer and finally as a soloist.

In 1997 Arman Hovhannisyan entered the Yerevan State Conservatory named after Komitas, Vocal-Theoretical Faculty (Vocal Arts Department of folk singing and performance), which he successfully graduated from with honors in 2008. 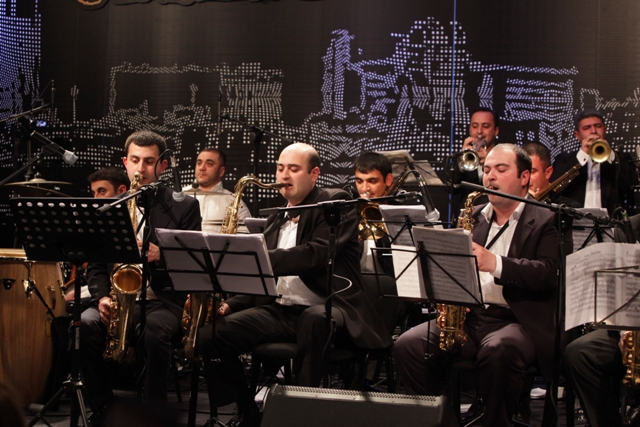 Armenian State Jazz Band led by Armen Martirosyan direct successor of the first jazz orchestra in the whole Transcaucasus, was founded by talented composer Artemi Ayvazyan in 1938. The basis of the band repertoire was the national folk music, which singled out the band among the others.

In 1956 the leadership of the orchestra was entrusted to the talented pianist and composer Konstantin Orbelian, who became its art director and conductor. A new era opened in the life of the orchestra. Numerous concert tours (the orchestra visited more than 40 countries), TV appearances, album records made it one of the most popular bands. In 1975 the orchestra was the first among the Soviet jazz collectives to visit the native land of jazz, the USA.

Being highly professional, the young band members have great interest in modern interpretations and arrangements. They were able to find their unique style based on Armenian national roots. In 2000 the band participated at the Second International Jazz Festival in Yerevan, Armenia, during which it had chance to perform together with the present-day legend, pianist, composer and arranger Chick Corea.

In 2001 the first album ?Mountain Dance? was released. The latter was awarded as The Best Jazz Fusion Album at the Annual Armenian Music Awards ceremony in the USA.

In 2008 during National Music Award ceremony the Armenian State Jazz Band was named The Best Jazz Band of the Year.

Since March 2010 the principal conductor and art director of the Armenian State Jazz band is prominent saxophonist Armen Hyusnunts. 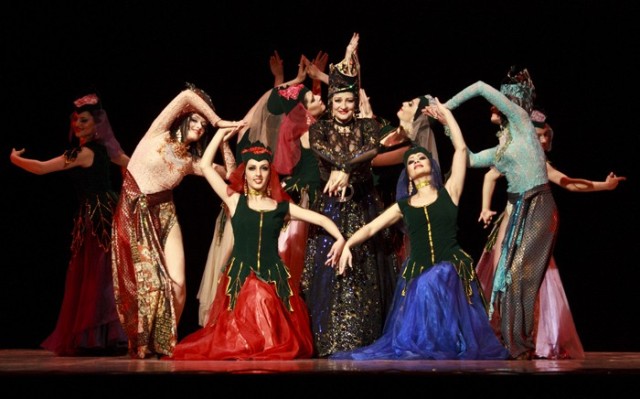 ?Dance and Soul? Theater was founded in 1992 by Sofi Devoyan, a talented and merited artist, former soloist of the State Dance Ensemble of Armenia.

?Dance and Soul? Theater is the synthesis of the Armenian folk (national, traditional) and modern dance. The repertoire of the theater includes dances of different nations, as well as the ones dedicated to the prominent Armenians like Aram Khachaturyan, Martiros Saryan, Sergey Parajanov Khachatur Avetisyan etc.

Sofi Devoyan?s theater has performed in various countries around the world; France, USA, Canada, Italy, Malta, Germany, Lebanon etc. The dancing group of the theater participated at the numerous festivals and international projects.

In the recent years the dancers of the theater are the former students of Sofi Devoyan?s Cultural Center.

Inga and Anush Arshakyan or, the Arshakyan Sisters are an Armenian folk singing duo.

Anush graduated from S. Aslamazyan music school and A. Babajanyan Music College, in piano. In 1994 she was awarded the Audience Prize in the “Sonorous Voices” competition in Omsk, Russia. In 1999, she made her debut as a soloist together with State Philharmonic Orchestra and Chorus of Armenia. From 2001 – 2005, she studied at the Yerevan State Conservatory and graduated in jazz-vocal.

Her sister Inga also graduated from S. Aslamazyan music school and A. Babajanyan Music College, as a violinist in 1997. Parallel with her studies she was working in the G. Achemyan violin ensemble. In 1998, Inga joined her sister and together they promoted their activities. Not only duets, but also arias, where the violin plays a great role, are present in the repertoire. In 2002 graduating in strings, Inga followed her sister into the Yerevan State Conservatory, jazz vocal class, graduating in 2005.

In 2000, Inga and Anush entered the State Song Theater of Armenia. Both of them performed national, ethnic songs and songs written by A. Grigoryan and Anush.

In 2002 during Armenian Variety Song Festival “Golden Lyre 2002”  Anush and Inga were awarded in “Sympathy of Audience” nomination.

In 2003 Arshakyan Sisters? first album ?We and Our Mountains? was released. In 2006 ?Tamzara? and 2009 ?Heartbeat of the Land? albums were released. The successful releases were followed by numerous concerts the USA, Canada, Argentine, France, Lebanon, Syria, Russia and so on.

In 2009 Arshakyan Sisters represent Armenia at the Eurovision Song Contest which was held in Moscow, Russia with the song ?Jan, Jan? and won the 10th place. 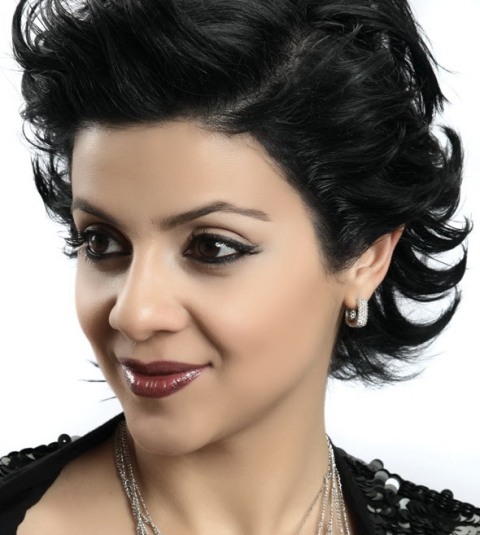 Since 1986 Zaruhi Babayan has been participating in many concerts, contests, festivals with the staff of jazz pop band of cultural center and has been awarded many prizes, awards.

From 1995 she was performing with ?Jazzle? pop group of the cultural center and the ?Vaghordyan Katilner? (Morning drops), as well as State Song theatre

In 2000 she was awarded the Best Prize in lyrical genre during Sayat-Nova Pan-Armenian festival.

In 2001 for the best processing she was awarded with the Best Award for the famous song ?Shalakho? during ?Krunk? festival.

Zaruhi Babayan?s first CD ??Chanaparh depi? (?The Road To?) was released in 2001 and includes folk, national and pop songs. The album was recognized the Best CD of the Year in Pop Genre and Zaruhi was awarded with ?The Best Female Singer of the Year?.

In 2003 Zaruhi graduated from the Yerevan State Conservatory after Komitas.

Zaruhi Babayan participated in the numerous concerts in Russia, USA and Iran. She had solo concerts, recitals in Greece, UK, Syria and Lebanon. 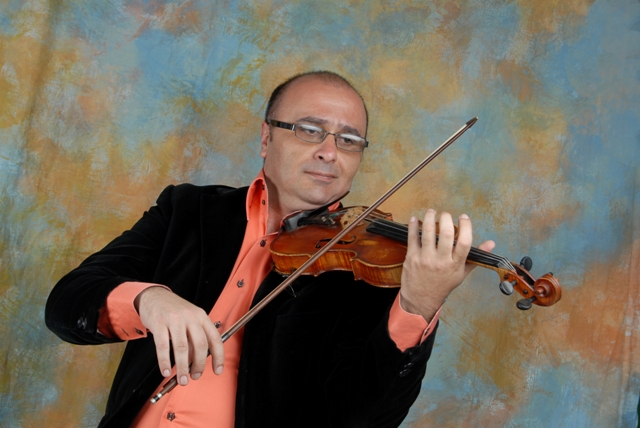 Being one of the leading violinists in Armenia Varazdat Khachumyan participated at the numerous concerts and recording projects, performed in Switzerland, Spain, Thailand, Bulgaria, Ukraine, Russia, Turkey etc.

He is considered one of the best and virtuoso performers of Russian and Gypsy romances. Varo is member of the ?Cadence? Quintet (Armenia), one of the most famous chamber ensembles of Armenia.

Newer PostHarvart: Poetry is written in the mind
Older PostArt River: A café with different style in Aleppo