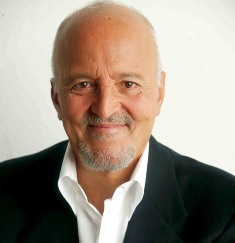 By Mehmet Ali Birand
?
I read it in Fatih Altayly's column in Sabah daily yesterday.
?
Turkish History Institute (TTK) President Yusuf Halacoglu was supposed to meet with Ara Sarafyan, the author of Blue Book, which is seen as one of the most important documents backing Armenian claims.
?
Both sides were supposed to produce various documents to argue their case, the first such meeting.
?
I was very excited about it.
?
Armenians usually don't participate in such meetings. “The whole world accepts the genocide. Why should we open a case over something already accepted,” they usually asked. Sarafyan was very important in this respect. His visit was supposed to provide a huge boost to Turkey's call for historians focusing on the matter, discussing and debating it.
?
Suddenly, we were all told the meeting was cancelled. Professor Halacoglu held a press conference and said Sarafyan had cancelled the trip, presenting an article in weekly AGOS that said the Armenian diaspora was furious about Sarafyan's trip. That was the reason of cancellation, he said.
?
Now we learn from Altayly that the real reason why the meeting was cancelled was very different. It appears Halacoglu refused to open the archives without limits and objected to presenting certain documents.
?
What was this all about?
?
If you were not going to show the documents, why would you ask for a meeting? Why do you organize such a meeting before agreeing on the conditions of opening of the archives? Why do you initiate a process you cannot go take to the finish?
?
Turkey is already on the defensive on this issue and this latest development means another point scored against us. No one will ever believe Turkey when it proposes to open the archives and share all the documents so that historians can discuss the matter.
?
Source: “Turkish Daily News“, 14 March 2007